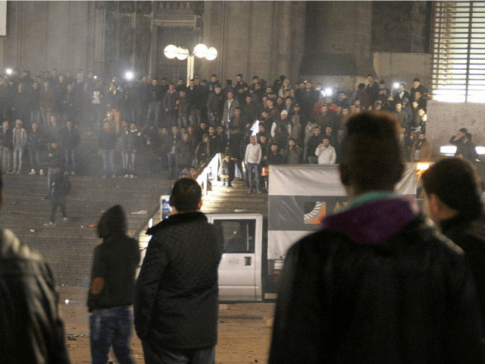 Events in Cologne on New Year’s Eve gained international attention as mobs of migrants robbed insiscriminately and launched group sex attacks on a scale previously unseen in Europe, but they failed to make any impact on police statistics.

Of the 500 attacks which were filed in detail with the police, only 17 appear in the Police Crime Statistics (PKS) — the best known and most often cited police statistics — and those that do appear are recorded for the months of April and June.

Christian Democratic Union (CDU) MP Ina Scharrenbach noticed the discrepancy between reports of the events of New Year’s Eve and the lack of any indication they occurred in official police data, and demanded to know where the other reports went.

The state’s Interior Minister, Ralf Jäger, told her that reports of crime are not recorded in the PKS until they are forwarded to the public prosecutor and explained that “this is not always the same as the month in which the crime was committed”.

In addition, the Social Democratic Party (SPD) minister said cases are only submitted to the prosecutor if they are particularly serious. “The vast majority of acts on New Year’s Eve in Cologne were criminal offenses like pickpocketing, and insults on a sexual basis,” he said.

Scharrenberg, the CDU faction’s spokesman in the parliamentary committee for the events of New Year’s Eve, said: “It takes my breath away that the offences of the night were apparently not serious enough to be detected.”

While group sex attacks have been brushed under the table in North Rhine-Westphalia, authorities in Brandenburg last month announced a new methodology was put in place to ensure that as many “right-wing crimes” as possible are recorded in police statistics.

Brandenburg Prime Minister Dietmar Woidke said the influx of migrants to Germany seen last year had brought about a surge of such crimes. He spoke to rbb24 about how the state has made changes to its recording system so that this will be reflected in the data.

The SPD politician explained: “The police will count each attack, in which there is no evidence that the perpetrator has no right wing motivation, [as a right-wing hate crime] in the statistics.”

A police report from the German federal police (BKA) in July revealed that across Germany on New Year’s Eve in Cologne, Stuttgart, and other cities over 1,200 women were sexually assaulted.