As pressure from the Obama administration mounts on the Ecuadorian government and Assange to halt the flow of Hillary’s emails, Wikileaks just posted the following tweet revealing heavily armed “police” outside of the Ecuadorian Embassy in London. 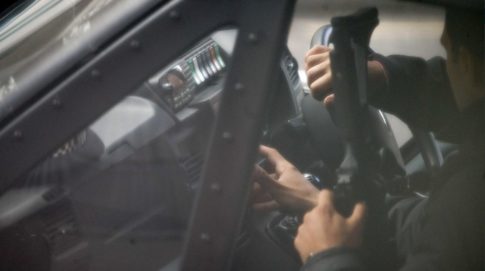 …and as an allegedly bogus plot, with links to the Clinton campaign, was revealed that attempted to link Julian Assange to a pedophilia ring.

Here is the “headquarters” of the front (PAC?) behind the Assange “took US$1M from Russia” plot

With just over 2 weeks left until the election, pressure definitely seems to be mounting on the WikiLeaks organization…one has to wonder whether a President Clinton could resist the urge to “just drone this guy.” 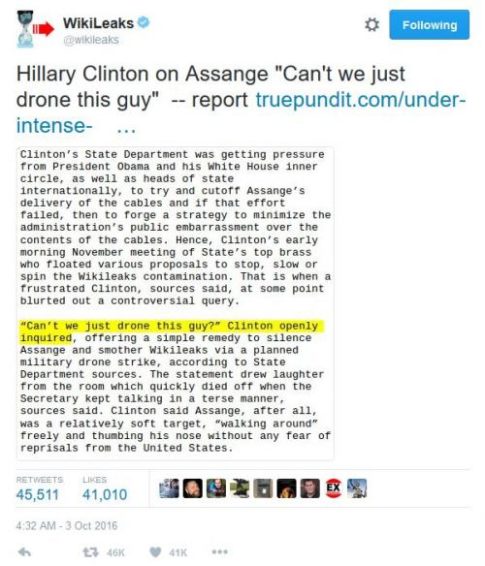 And then, just after 5pm Eastern, Wikileaks tweeted the following: “Mr. Assange is still alive and WikiLeaks is still publishing. We ask supporters to stop taking down the US internet. You proved your point.”

Mr. Assange is still alive and WikiLeaks is still publishing. We ask supporters to stop taking down the US internet. You proved your point. pic.twitter.com/XVch196xyL