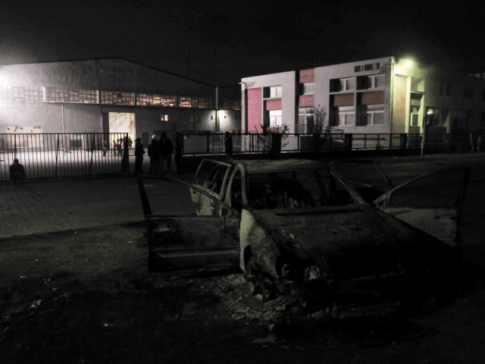 – Migrants Riot in Greece after Woman and Child Killed by Car:

THESSALONIKI, Greece (AP) — Greek police say migrants living in a camp outside the northern city of Thessaloniki have rioted after a woman and her son were struck and killed by a car.

The riot started Sunday night after an ambulance was late to arrive. Camp residents claimed that they asked police to take the 35-year-old Kurdish Syrian woman and her 10-year-old son to a hospital in a patrol car and they refused.

Migrants blocked the road outside the camp, threw rocks at the police and set fire to two patrol cars. Police responded with tear gas and stun grenades. Migrants also set fire to trash cans as a defense against tear gas. Calm has returned to the camp, which hosts about 1,300 migrants.