From the Catholic News Agency:

Rome, Italy, Oct 3, 2016 / 03:02 pm (CNA/EWTN News).- Italian police have arrested a 39-year-old Ghanaian man who entered several historic churches in central Rome Sept. 30 and Oct. 1, destroying a number of statues and creating panic among the faithful and tourists who were there at the time.

The vandal went into action around 7:30 pm on Friday evening in Saint Praxedes Basilica. He destroyed a statue of Saint Praxedes, and then did the same with a miniature reproduction of Saint Anthony, cutting off the head, according reports by various Italian media.

The pastor, Father Pedro Savelli, explained that “right away I thought it was an attack by ISIS. The man was outside himself, but thank God we were able to get him out before he could destroy everything. He said children cannot be taught to believe using sacred images as we do.”

…After this attack the man went to Via de Colle Oppio where the other church he entered are located: Saint Silvester and Saint Martin in the popular Monti neighborhood. There he beat on one of the statues situated in the central nave of the church.

But the attacker did not give up, and Saturday he began a new round of attacks 21 hours later. It was San Vitale’s turn on Via Nazionale – one of the main streets of the city – where he attacked another three statues and a candelabrum.

Before being arrested, the attacker made a final incursion in San Giovanni ai Fiorentini church in Piazza dell’Oro. There also, in front of terrified faithful and tourists, he attacked several statues. He was able to escape again, but shortly after police arrested him in a nearby street.

As a result of the migrant crisis, Europeans are importing hostile foreigners who are literally engaging in holy war against them. The same has happened here in America thanks to the establishment’s open borders policies and we’ve suffered terror attack after terror attack ever since.

Hillary Clinton wants to bring in 500% more of these “refugees” than even Obama. She also wants to ensure we have “open borders” so such terrorists can continue to flood in. 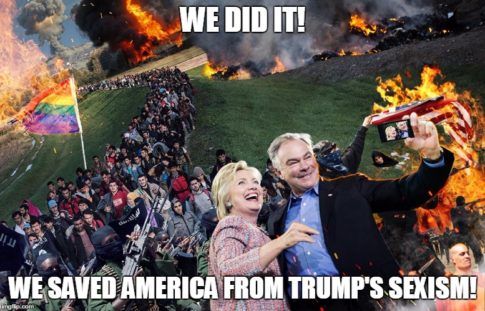 Meanwhile, in the Middle East, we now know thanks to Wikileaks she’s had no problem giving $60 billion in weapons to Saudi Arabia despite knowing in secret they and the government of Qatar were funding ISIS. Both counties “donated” $30 million to the Clinton Foundation, so she looked the other way. 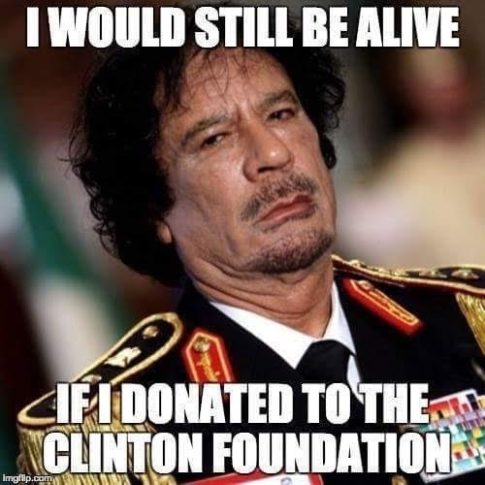