The United Nations has forecast that world food production must double to feed 9 billion people by 2050. That assertion has become a relentless talking point in the growing debate over the environmental, health and social consequences of American agriculture. 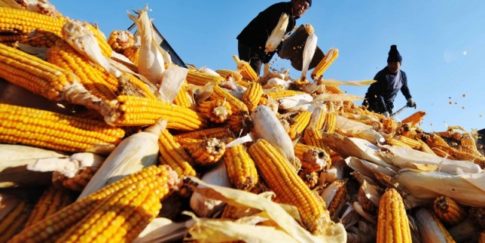 America’s farmers, we are told, must double their production of meat products and grains to “feed the world.” Otherwise, people will go hungry.

Agribusinesses such as Monsanto sometimes cite the so-called “moral imperative” to feed a hungry world in order to defend the status-quo genetically modified crop supporting farm policy and deflect attention from the destruction that “modern” agriculture is inflicting on the environment and human health.

The real experts know better. Jose Graziano da Silva, director-general of the U.N.’s Food and Agriculture Organization argues instead that the current conditions of “modern” agriculture are “no longer acceptable.”

The key to ending world hunger while protecting the environment is to help small farmers in the developing world increase their productivity and income, and to promote “agro-ecology” everywhere, including in the U.S.

Poverty is the root cause of hunger, not too few exports of U.S. wheat, corn, soybeans and meat. American exports go to people who can afford to buy them.

American farmers are helping meet growing demand from millions of people in developed and developing nations who can afford better, or at least more diversified diets. This is a welcome business opportunity for our farmers, but those exports aren’t going to the countries where hunger is chronic.

Even the hungriest countries produce most of their own food. Overall, in 2013, American farmers contributed only 2.3 percent of the food supply for the 19 most undernourished countries through food exports and aid.

We won’t end world hunger by doubling production in the United States while putting our nation’s environment and health at risk. We can and must help end world hunger by helping people in the hungriest countries do a better job of feeding themselves and ensuring that their farmers make a good living.

Reducing poverty, increasing income for women, providing nutrition education, improving infrastructure like roads and markets to increase access to food, and ceasing wars and conflict could all help undernourished populations better feed themselves.