After Russia’s foreign minister trolled the US election, describing it as a “pussy galore” moment, when in an interview with CNN’s Christine Ammanpour, he sad “there are so many pussies around your presidential campaign on both sides that I prefer not to comment,” his boss, Vladimir Putin also went on the record to address the allegation by US intelligence services which last Friday officially accused the Kremlin of coordinating the ongoing cyberattacks targeting democrats, and said that the scandal that hacking scandal has not been in Moscow’s interests and both sides in the U.S. election campaign are just using Russia to score points.

The Russian leaders’ statement comes one day after the White House did not reveal how if at all, it would respond to “Russia’s hacking”, but said it would consider a variety of responses to the alleged hacks.

He added that the accusations were a ploy to divert U.S. voters’ attention at a time when public opinion was being manipulated. “Everyone is talking about ‘who did it’ (the hacking),” said Putin. “But is it that important? The most important thing is what is inside this information.” 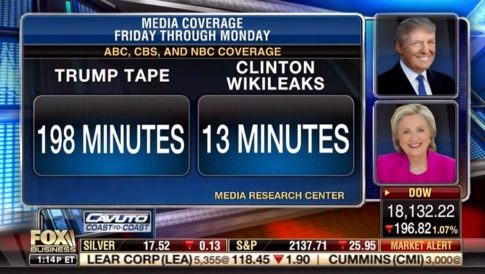 So yeah, it worked.

Earlier on Wednesday, the Kremlin it took a negative view of White House statements about a planned “proportional” response to the alleged cyber attacks.

Putin complained that all sides in the U.S. presidential race were misusing rhetoric about Russia for their own ends, but said Moscow would work with whoever won the election “if, of course, the new U.S. leader wishes to work with our country”.

“About a decade ago, they wouldn’t mention Russia at all, because it was not even worth talking about, such a third-rate regional power and not interesting at all. Now Russia is problem number one in the entire election campaign,” said Putin.

“They made Russia a priority issue of the entire campaign. Everyone is talking about Russia. It may be flattering, but only partially. Because all participants of this process indulge in anti-Russian rhetoric and poison the relations between our states,” Putin said. “This is bad for both our countries and the international community.”

“We are concerned with the deterioration of Russian-American relations, but that was not our choice, we never wanted that. On the contrary, we want to have friendly relations with the US, a great country and a leading economy,” Putin said.

Considering there is still just under a month left in this election, something tells us it will get much more “pleasant” for Russia, as the process of US devolution to global laughing stock, which is set to culminate on November, is complete.