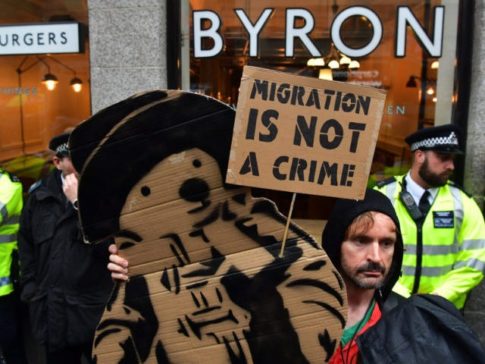 A noted left-wing author is urging migrants living in Britain to strike to highlight their contribution to British society. He said his trigger for the event was a worsening of attitudes towards migrants in the UK.

The day of action, dubbed ‘One Day Without Us’, has been organised by author and journalist Matt Carr who told The Guardian that he hopes employers who rely on migrant labour will shut their businesses for the day in support.

“We want to make this an inclusive event,’’ Carr said. “We realise that because of the legal constraints on striking, many workers will not be able to take formal strike action. However, they can choose to support this event simply by taking the day off work.”

Carr said he believed that those who voted against Brexit, and many of those who voted for it were “alarmed” by the levels of xenophobia and racism on display following the vote. The aim of the day is, therefore to demonstrate how many organisations, including the NHS, rely on migrant workers.

“Since Brexit we have seen levels of xenophobia and racism that have been increasingly legitimised. We want to make a bold and powerful statement and give migrants an opportunity to express themselves,” he said.

The day has been scheduled for 20 February 2017 to coincide with the UN’s World Day of Social Justice.

Carr’s books include Fortress Europe: Inside the War Against Immigration, detailing “Europe’s undeclared ‘war’ against undocumented immigration”, and Blood and Faith: The Purging of Muslim Spain, 1492-1614, which documents the “cultural oppression” suffered by Muslims driven out of Spain in the Middle Ages, according to publisher Hirst.

He has also written three other books, including one about terrorism, as well as numerous articles for The Guardian, The New York Times, and The Telegraph among others, and has appeared on BBC radio.

Carr plans to use his establishment credentials to encourage political parties, trade unions, and religious and community organisations to support the day, in addition to publicising it on Facebook. So far 1,558 people have indicated that they will take part, and a further 1,766 people that they are interested – out of an immigrant population of 8 million people, according to the Oxford University Migration Observatory.

A similar initiative organised last year among the Polish community in Britain was a flop, with only a few hundred of Britain’s 831,000-strong community taking part. Others chose to donate blood to highlight the contribution Poles make to British society, slamming the strike action as needlessly divisive considering the generally good relationship enjoyed between Britons and immigrant Poles strtetching back to the Second World War.