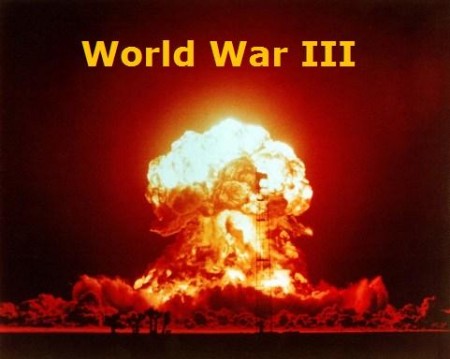 Russian DM: US Should Think of Consequences Before Attacking Syrian Army

Officials with the US State Department have repeatedly talked of “non-diplomatic options” recently in Syria. Though they’re trying to be coy, what they’re really talking about is overt military action against the Syrian government, attacks which would threaten Russian forces embedded with them, and likely drag Russia into a shooting war with the US.

Russia’s Defense Ministry was quick to urge caution today, noting that they’d recently deployed air defense systems into Syria specifically to counter the threat of US attack, and that the US should “carefully” consider the potential consequences of launching such strikes.

The State Department acknowledged they were aware of the Russian warning, but insisted that internal discussion within the US government continues on the “non-diplomatic” options, which is to say, starting a war with Russia. Spokesman John Kirby added there would be no discussion with Russia over the matter.

Kirby added that the US was not “giving up” on Aleppo, and was continuing to discuss options to prevent the Syrian government from capturing the remainder of the city, which is held by al-Qaeda’s Nusra Front. This appears to be fueling much of the rhetoric on Russia.