– Disgraced Rachel Dolezal Who “Identifies As Black” Is Tapped To Speak At MLK Event:

Rachel Dolezal, the disgraced former NAACP leader, made headlines last year when she acknowledged that she was “Caucasian biologically,” but said she “identified as black”.  We summed up our thoughts on Dolezal’s lunacy back in June 2015:

We are treading a fine line here between the “you can do anything you want” ‘second life’ many undertake on the web’s various social media outlets and the entirely un-virtual world of reality in which we all live, breathe, (and even work for some). In a unicorn-esque moment, when asked “are you an African-American woman?” the former NAACP official Rachel Dolezal told The Today Show’s Matt Lauer, “I identify as black.”  As NPR notes, the topic of Dolezal’s race has prompted surprise, bewilderment and speculation since her parents said that contrary to their estranged daughter’s claims of being of mixed race, Rachel Dolezal is white.

Forgive us briefly for our contempt and confusion… while we can come to terms with the potential biological issues of the Caitlyn Jenners of the world, “self identifying as black” when you are white seems like self-identifiying as a Unicorn when you are a human?

Unfortunately, excessive use of spray tan and constant trips to the salon for a perm doesn’t actually change one’s race…though it wasn’t for a lack of effort… 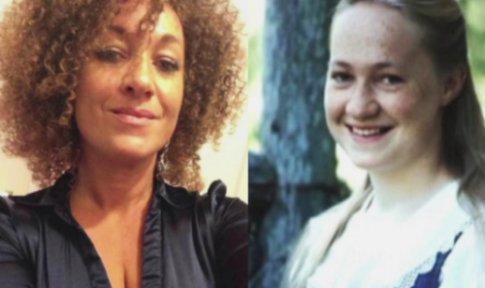 Now, after hours of psychological therapy aimed at suppressing all memories of Dolezal to the point that we had convinced ourselves it was all just a bad dream, the former Washington state NAACP leader has been thrust back into the limelight after being tapped to speak at a Martin Luther King Day celebration in January.  One simple “trigger” and all of that therapy was a waste…does this count as a “micro-agression?”

According to the Raleigh News Observer, Dolezal was tapped for the event to help with “healing race relations through conversation and participation.”

The theme of the annual celebration, which will run Jan. 14 to 16, is “Healing Race Relations through Conversation and Participation.” Attendees will be able to delve into this theme through a variety of events, including an International Diversity Summit at the Cary Arts Center, featuring panel discussions with community and religious leaders.

“We chose a person like Rachel Dolezal that has been depicted as a major villain through media because of her preference of racial identity,” said Al Cohen, CEO of Jireh Management Group. “And yet, she didn’t steal from anybody. She didn’t murder anybody. She didn’t rob anybody. She only had an affinity for a group of people, and she served her community well.”

Hopefully, this San Francisco State student won’t make it to the MLK celebration…if she gets this upset over a white person wearing dreadlocks we can’t imagine how furious she must be over someone actually lying about being black for years while serving in an official capacity as a NAACP “leader.”

Meanwhile, we’re headed back to therapy to restart our memory suppression treatment.