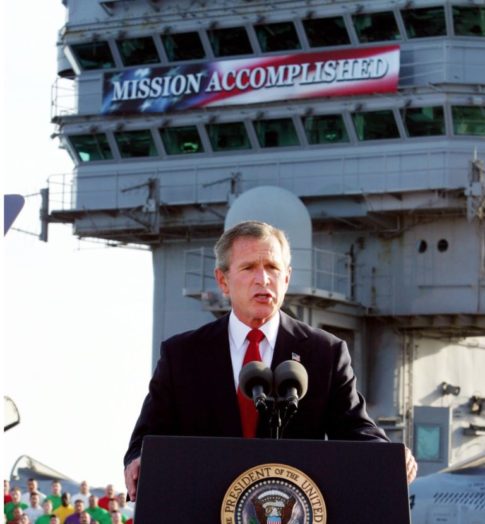 My belief is, we will, in fact be greeted as liberators.

Late last week, we learned President Obama was sending additional “boots on ground” to Iraq in order to push ISIS out of Mosul.

The United States will send around 600 new troops to Iraq to assist local forces in the battle to retake Mosul from Islamic State that is expected later this year, U.S. and Iraqi officials said on Wednesday.

The new deployment is the third such boost in U.S. troop levels in Iraq since April, underscoring the difficulties President Barack Obama has had in extracting the U.S. military from the country.

What Reuters didn’t report, is that various Iraqi state militias, known as Popular Mobilization Units (PMUs), are preparing for violent resistance against these U.S. troops, which they see as an occupying force.

BAGHDAD — Factions of Iraq’s Popular Mobilization Units (PMU) are threatening to attack US troops that participate in the battle to liberate Mosul from the Islamic State (IS), but the Iraqi government hopes to smooth things over.

Iraqi Prime Minister Haider al-Abadi said his government will work on a consensus formula to convince PMU factions of the need to involve US troops in the battle to resolve the problem as soon as possible. He also hopes to persuade Washington that the PMU is a national force of the Iraqi state and should be part of a special military system to liberate Mosul.

It seems there is a strong possibility an understanding can be reached — if the PMU is assured the United States does not intend to build a military base in Ninevah province. Mosul is the capital of Ninevah.

However, many are not convinced. Hassan al-Kaabi, a member of the PMU backing up the Iraqi government forces, rejects the presence of US troops in the battle for Mosul and believes they are not keen to help Iraqis fight terrorism.

“I will fight them wherever they are,” he told Al-Monitor. “They are an occupation force that pretends to be assisting us.”

Kaabi joined the PMU on June 14, 2014, one day after Shiite cleric Grand Ayatollah Ali al-Sistani issued a fatwa calling for the PMU’s formation. Kaabi said, “Iraqis are capable of liberating their cities on their own.”

He is but one of the thousands of PMU fighters who think the presence of US troops does not serve the interests of the Iraqi people.

Late last month, PMU leader Rayan al-Kaldani issued a threat, saying, “The PMU will be dealing with any illegitimate and foreign forces in Mosul the way it deals with the gangs of the Islamic State.”

Akram al-Kaabi, the secretary-general of PMU faction Harakat Hezbollah al-Nujaba, said, “The Americans are worried about the PMU joining the battle for Mosul because … it will prevent [US troops] from establishing a base there.” He added, “The Americans’ intention is to seize the Qayyarah air base in southern Mosul.”

Qais al-Khazali, the general secretary of the prominent PMU faction Khazali Network, also has threatened to kill US troops in the battle for Mosul. Michael Pregent, a former US military intelligence officer, told Fox News last month that Khazali’s fighters pose a true danger to US troops. In fact, he said, most of the PMU factions that are fighting alongside US forces have fought against US forces in the past.

Pregent expects the PMU to clash with US troops, making it more difficult for the Iraqi government to liberate Mosul.

Khazali has been backed by Iran, which seems to be pushing toward preventing any US participation. Ali Akbar Velayati, the president of the Expediency Discernment Council’s Center for Strategic Research, an Iranian think tank, agrees that “the PMU … will not allow Washington to assume any role in the battle.”

Most, if not all, PMU factions perceive the US military presence in Iraq as an occupation. The PMU also fears falling victim to US air raids, as happened last month in Syria.

It is not the first time armed factions have threatened to target US forces in Iraq. Muqtada al-Sadr, the head of the Sadrist movement, said in July that any US forces present in Iraq will be targeted.

Almost 15 years later, it’s quite clear U.S. troops continue to be seen as “liberators” by the Iraqis. 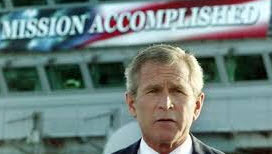