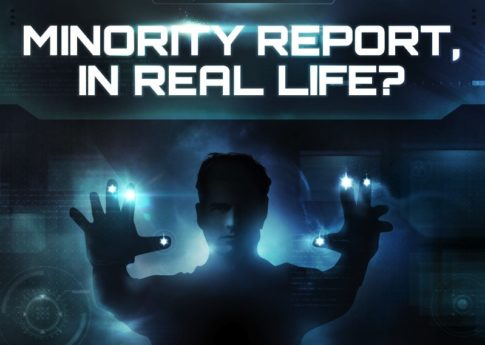 – WA Goes After Pre-Crime: Gun Confiscation Proposed For Those “Likely To Commit Violence In The Near Future”:

A new ballot measure being considered by voters in Washington State, officially referred to a Initiative Measure 1491, would allow authorities to seize guns from people considered “significantly more likely to commit violence toward themselves or others in the near future.”  The legislation would allow authorities with a court order to seize an individual’s guns for a period of up to 1 year.  Under the measure, gun owners would have the right to appeal a court order to have their guns returned but would have no ability to block the upfront confiscation.

The full text of Initiative Measure 1491 is included at the end of this post but below are a couple of key excerpts:

This act is designed to temporarily prevent individuals who are at high risk of harming themselves or others from accessing firearms by allowing family, household members, and police to obtain a court order when there is demonstrated evidence that the person poses a significant danger, including danger as a result of a dangerous mental health crisis or violent behavior.

Studies show that individuals who engage in certain dangerous behaviors are significantly more likely to commit violence toward themselves or others in the near future. These behaviors, which can include other acts or threats of violence, self-harm, or the abuse of drugs or alcohol, are warning signs that the person may soon commit an act of violence.

Individuals who pose a danger to themselves or others often exhibit signs that alert family, household members, or law enforcement to the threat. Many mass shooters displayed warning signs prior to their killings, but federal and state laws provided no clear legal process to suspend the shooters’ access to guns, even temporarily. 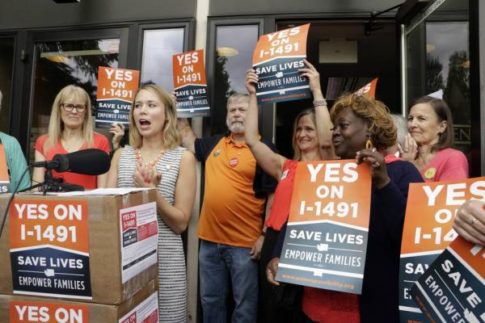 According to the Wall Street Journal, if the measure passes, Washington would become the second state after California to allow family members and police to petition a judge to take guns from a person considered a danger. Connecticut, Indiana and Texas have similar laws, but only police can ask a judge to do so.

Aside from all the obvious issues surrounding unreasonable seizures of personal property, another key issue with the bill is the broad definition of people who can petition authorities to confiscate someone’s guns.  Per the measure’s definition of “Family or Household Member”, any disgruntled former “dating partner” could allege mental instability and have someone’s personal property confiscated as a form of retribution.

While the WSJ has alleged that the bill has bipartisan support, the state’s Republican Party and gun-right’s groups are slightly less “enthusiastic” with the Washington State Rifle and Pistol Association saying “it’s just an excuse to go after guns.”

The state Republican Party has yet to take a position on the initiative, and Ms. Hutchison said she doesn’t know if it is a solution.

“That’s something that sounds very good on the surface,” said Joe Waldron, legislative chairman for the Washington State Rifle and Pistol Association. “It’s just an excuse to go after guns.”

Mr. Waldron said he is concerned that the measure would deprive gun owners of their constitutional rights, including due process and protections against unreasonable search and seizure.

What are the chances this bill has any impact at all on violent crime in the state of Washington?