Yesterday, we pointed out how the now infamous Reddit thread from Hillary’s “Oh Shit” guy was getting some attention on Capitol Hill.  In fact, Mark Meadows (R-NC), Chair of the Government Operations subcommittee of the House Oversight Committee, announced that his committee was reviewing the thread and found the “date of the Reddit post in relationship to the establishment of the Select Committee on Benghazi [to be] troubling.”  If you’re not up to speed on the whole issue then all the details are posted here: “Dear FBI, This Is Intent: Hillary’s “Oh Shit” Guy Sought Reddit Advice On How To ‘Strip VIP’s Emails’.

Now, according to The Hill, the House Science Committee, led by Lamar Smith (R-TN), is also demanding interviews with Paul Combetta and Bill Thornton, of Platte River Networks, by this Friday at noon.  Among other things, Smith noted his concern over Combetta’s attempt to delete his relevant Reddit threads shortly after they were discovered yesterday and whether or not the FBI was aware of Combetta’s Reddit posts at the time of their investigation.

“If true, these details raise new questions as to whether Platte River Networks purposefully defied legal document retention requirements. Further, it is unclear if the Federal Bureau of Investigation was aware of these facts at the time of their investigation,” Smith wrote in a letter sent Wednesday.

“Additionally, I am concerned that Mr. Combetta may have made an attempt to delete relevant posts, including the post mentioned above, from his Reddit.com username just hours after reports initially surfaced on September 19, 2016, about his request for assistance on deleting email addresses from archived emails,” Smith wrote.

“This raises significant concerns that materials directly related to the Committee’s investigation and responsive to its outstanding requests are being actively destroyed in an attempt to conceal relevant information from coming to light,” Smith writes. 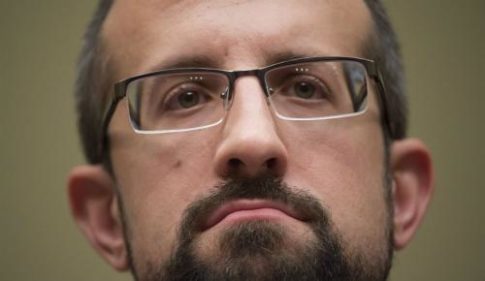 Smith threatened to issue a subpoena if interviews with Combetta and Thornton were not scheduled by noon on Friday.

Clearly, this is a potentially extremely embarrassing issue for the FBI if a random analyst was able to uncover relevant facts regarding Hillary’s email scandal that were seemingly hiding in plain sight while somehow evading the FBI’s “thorough” investigation.  The only question now is how FBI Director Comey chooses to handle the embarrassment.  We see two potential paths, including: 1) pursue Combetta for potentially excluding relevant disclosures during his FBI interview process or 2) bury the story as quickly as possible in an effort to save face.

We have our guess on Comey’s most likely path…what say you?