– GUNS SAVE LIVES: Rampaging knife murderer in Minnesota mall was stopped by… guess what? A man with a concealed gun:

As yet more proof of the complete lunacy of “gun free zones” and the truly delusional argument that society would be safer if all the law abiding citizens were stripped of firearms by a totalitarian government, guess who just stopped the Minnesota mall murderer over the weekend? A man with a concealed gun.

The MN mall terrorist reportedly asked each person if they were a Muslim before stabbing them to death. If you were Muslim, you were spared, but if you were anything else, you were murdered in cold blood.

These are the kind of Muslims that our traitor-in-chief Obama is deliberately bringing into the United States as an invading, occupying enemy force to overthrow America, by the way. Just today, news broke that the feds just granted citizenship to 800 immigrants with security concerns, meaning they just deliberately let hundreds more terrorists into the United States (to build more radical Muslim terror cells on U.S. soil, of course).

As all this is happening, the same corrupt, criminal government — run by criminal traitors like Hillary Clinton and Barack Hussein Obama — is desperately trying to strip away Second Amendment rights of the American people. At the very moment all these terrorists are being deliberately brought into the country, in other words, the Obama regime is attempting to disarm all Americans and make sure they are helpless against the murdering rampage intentions of radical Muslim terrorists. No American citizen should have the right to defend herself against rape, murder or assaults, the democrats insist… all while people like Hillary Clinton are surrounded by armed guards with loaded guns (and the physical strength needed to chuck Hillary’s convulsing body into a waiting van like a side of beef).

It looks like terrorists have finally figured out where to go to inflict mass casualties on the most innocent of Americans.

On the same day as two separate improvised devices were detonated in New Jersey and New York, a knife wielding terrorist dressed in a private security uniform and claiming allegiance to ISIS walked into the St. Cloud Crossroads Mall in Minnesota, asked passersby if they were Muslim, and then proceeded to stab them.

The man slashed at least eight people and had planned to hurt or kill more but he was stopped dead in his tracks by a lone individual with a concealed handgun.

Off duty police officer or civilian is of no matter. What matters is that he had a firearm with him and used it to stop someone who had, up until his death, intended to injure, maim or kill as many people as possible.

While we understand that politicians like Hillary Clinton want to disarm Americans and believe that only they deserve protection, the fact is that guns in the hands of law abiding American citizens save lives.

Terrorists should not be given safe spaces like gun free zones to inflict damage at venues that are often patronized by families.

If you don’t yet own at least one gun, it’s time to arm up in defense of your life, your family, your community and your country

As Natural News readers know very well, I am a longtime firearms advocate for personal safety, which is probably one of the reasons why my name hasn’t yet joined the “dead doctors” list that keeps growing by the week, it seems. (If you’re a holistic doctor, you need to be carrying concealed at all times…)

Anyone who seeks to physically attack me knows that they’re going to have to dodge bullets first. It’s the right posture for a world that’s gone mad with government-incentivized violence against innocent Americans, carried out by radical Muslim terrorists who are fully supported by our very own America-hating, Muslim President (who still refuses to call bombings acts of terrorism).

If you don’t yet own a Glock 19, and it’s legal to own one where you live, get a Glock 19 right now. It’s a great starter pistol for both men and women.

The Glock 19: Your last line of defense against the terrorists being deposited all over the country by the Obama regime: 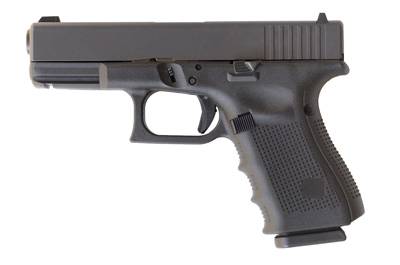 While you’re waiting for your FBI background check to clear, pick up this horizontal magazine carrier. It’s the most useful gun magazine carrier I’ve ever found, and it allows you to store an extra mag without that mag getting in your way. (NEVER carry just one magazine. Carry two minimum, because there might be more than one magazine’s worth of terrorists nearby, especially since Obama is bringing so many into the country all of a sudden…)

Finally, get trained in gun safety and gun combat. Without training, your Glock 19 is just an expensive paper weight. If you don’t know how to clear stovepipes, double feeds, F2Fs, misfires and other problems, then you have no business carrying a pistol in the first place.

When you get to the really advanced stages of handgun training, you’ll be able to reload and rack your pistol even with one arm injured. You’ll learn how to shoot with either hand and how to unleash extremely rapid pistol fire through proper trigger reset control. These are skills that every law abiding American needs to master to defend our nation against the invasion of terrorists who have been deliberately dumped at our doorstep, all across America, by the traitors in Washington D.C.

It is no coincidence that the Muslim terrorists bombings have wildly accelerated under the Obama regime. It was all part of the plan from day one. WAKE UP and smell the tyranny you’ve been living under. Stop being played by a government that considers YOU to be the enemy! Don’t you realize yet that YOU are now the designated enemy of your own government? Obama and the democrats care far more about Muslim immigrants and illegal aliens than black Americans or veterans, get it?

If you’re not already prepared for mass chaos across America, you’re already behind the curve and need to make your personal preparedness an urgent matter. We still have a few Ranger Bucket 100% organic storable food pails available from a recent production run, but they’ll probably be sold out by the end of this week.