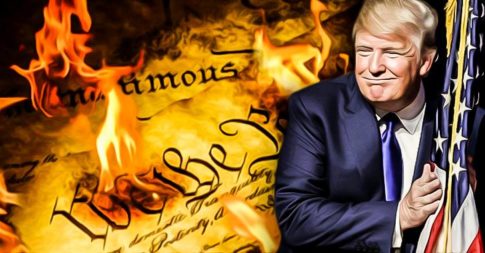 (RPI) In his main stage speech at the Republican National Convention in July, Rudy Giuliani, a former New York City mayor and current advisor to Republican presidential nominee Donald Trump, predicted, “What I did for New York, Donald Trump will do for America.” That does seem to accurately state Trump’s intention, at least as far as expanding Giuliani’s stop-and-frisk police activity across the country is concerned.

On Friday, NBC10 reporter Lauren Mayk asked Trump what police in Philadelphia “are not doing that they could be doing” for dealing with “gun violence,” Trump’s response included asserting that “stop-and-frisk,” which Trump credits to Giuliani, “is a very positive thing.” This is not just some one-off statement by Trump regarding stop-and-frisk. In July of 2013, Trump posted the following message on Twitter:

Stop and frisk works. Instead of criticizing @NY_POLICE Chief Ray Kelly, New Yorkers should be thanking him for keeping NY safe.

Adhyl Polanco, a New York City police whistle-blower, has provided a disturbing picture of the stop-and-frisk quota system employed by the New York City Police Department. Polanco explained in a 2013 Democracy Now interview that 600,000 of the around 700,000 police-initiated stop-and-frisk incidents the previous year would not have occurred but for improper encouragement by the city government, police department, and police union. The quota system, he says, even would result, near the end of a work shift, in some police just arresting “whoever’s at the corner.”

Trump’s statement in July that he would reinstate “in a heartbeat” the full flow of military weapons from the United States government to state and local police that President Barack Obama had limited fits right in with Trump’s promotion of stop-and-frisk. Together the two positions provide a window on how Trump would deal with police powers as president. In a nutshell, Trump favors expanding police power in America. As Trump told host Bill O’Reilly in a Fox News interview this month, Trump’s solution to the crime problem in Chicago is for cops in that city to be “very much tougher” than they are now.

Trump’s desire to expand police power extends beyond state and local cops to US government’s cops as well. In a Wednesday speech in Phoenix, Arizona, Trump declared his intention to “triple the number of [Immigration and Customs Enforcement (ICE)] deportation officers” and “hire 5,000 more Border Patrol agents,” a nearly one-third increase. Some people may object that all these new cops will be focused on countering illegal immigration, but, as Robert Wenzel cautions in a Target Liberty article regarding Trump’s Arizona speech, “It is really difficult to believe that a person who is so willing to expand the Federal police state in one sector is going to be more cautious in other areas.”

Also, remember that police patrolling the borders or enforcing immigration laws across America can surveil, harass, detain, search, injure, and even kill illegal immigrants and American citizens alike. With a president who cheers the New York City model of stop-and-frisk, who wants to remove limits on providing US military equipment to police, and who calls for police to be “very much tougher,” there is little reason to expect that his administration will place a high priority on restraining the liberty-endangering actions US government police may take.