From 2002 through early last year, the Pentagon conducted 11 flight tests of the nation’s homeland missile defense system. The interceptors failed to destroy their targets in six of the 11 tests — a record that has prompted independent experts to conclude the system cannot be relied on to foil a nuclear strike by North Korea or Iran. Yet, as The LA Times reports, over that same time span, Boeing, the Pentagon’s prime contractor, collected nearly $2 billion in performance bonuses for a job well done… 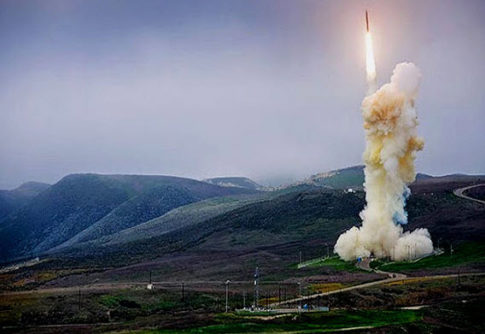 Furthermore, The Pentagon paid Boeing more than $21 billion total for managing the system during that period.

An LA Times investigation by David Willman also found that the criteria for the yearly bonuses were changed at some point to de-emphasize the importance of test results that demonstrate the system’s ability to intercept and destroy incoming warheads.

Early on, Boeing’s contract specified that bonuses would be based primarily on “hit to kill success” in flight tests. In later years, the words “hit to kill” were removed in favor of more generally phrased benchmarks, contract documents show.

L. David Montague, co-chair of a National Academy of Sciences panel that documented shortcomings with GMD, called the $2 billion in bonuses “mind-boggling,” given the system’s performance.

Montague, a former president of missile systems for Lockheed Corp., said the bonuses suggest that the Missile Defense Agency, the arm of the Pentagon that oversees GMD, is a “rogue organization” in need of strict supervision.

The cumulative total of bonuses paid to Boeing has not been made public before. The Times obtained details about the payments through a lawsuit it filed against the Defense Department under the Freedom of Information Act.

The Times asked the Missile Defense Agency in March 2014 for information on bonuses paid to GMD contractors.

Boeing objected to release of the data, and the agency denied the newspaper’s request, saying disclosure might reveal “trade secrets and commercial or financial data.”

The Times then sued in federal court last year, asserting that the public had a right to know about the payments. The government’s lawyers later agreed to release the information if Boeing would not intervene in the litigation “or otherwise take steps to prevent disclosure.”

Boeing eventually acquiesced, and the Defense Department settled the suit with a single-page letter listing the sum total of bonuses paid to Boeing from Dec. 31, 2001, to March 1, 2015.

The precise criteria for bonuses could not be obtained for each of the relevant years. However, documents on file with the Defense and Treasury departments show that the missile agency at some point altered a central criterion.

“In recent contract terms, the words ‘hit-to-kill’ have been changed to support the more detailed documented objectives of each respective flight test. For intercept flight tests conducted under the current design and sustainment contract, a successful intercept remains a key performance objective.”

Whatever their rationale, by characterizing the test as a success, the agency and the contractors may have bolstered the prospects for performance bonuses, according to missile defense specialists.

Boeing, in its most recent annual report, underscored the significance of GMD to its finances. The company could face “reduced fees, lower profit rates or program cancellation if cost, schedule or technical performance issues arise,” the report said.

Timothy Sullivan, a former federal contracting officer who examined GMD financial documents at the request of The Times, said the bonus provisions were extraordinarily complex.

“How you administrate something like this is mind-boggling to me.… It is an administrative nightmare,’’ said Sullivan, an attorney who represents defense companies and other government contractors in Washington for the law firm Thompson Coburn LLP.

Montague, the former Lockheed Corp. executive, said the intricate bonus system reflected the missile agency’s lack of rigor in engineering and contracting. If the goals for managing GMD had been adequately defined at the beginning and spelled out in contracts, there would be little need for lucrative incentives, he said.

By relying on bonuses, Montague said, the missile agency has effectively told Boeing: “We don’t know what we’re doing, but we’ll decide it together and then you’ve got to work toward maximizing your fee by concentrating on those areas.”

Is it any wonder that The Pentagon has ‘lost’ a few trillion dollars?