“Looks like Jim Stone shares your views on Sorcha [Faal], but has acknowledged this as one with credibility.

I enjoy them, especially the enlightening one regarding paying off debts for causing death of muslims, it really made sense and explained the jihad.”

In my opinion, Donald Trump and Hillary Clinton are both elite puppets, serving the same masters, just like Obama, Bush, Bill Clinton etc. did before them.

“Gentlemen, I have had men watching you for a long time and I am convinced that you have used the funds of the bank to speculate in the breadstuffs of the country. When you won, you divided the profits amongst you, and when you lost, you charged it to the bank. You tell me that if I take the deposits from the bank and annul its charter, I shall ruin ten thousand families. That may be true, gentlemen, but that is your sin! Should I let you go on, you will ruin fifty thousand families, and that would be my sin! You are a den of vipers and thieves.”

Ever since then, and especially since the creation of the Federal Reserve, the U.S. has fallen under the rapidly increasing control of the Illuminati (The Rothschilds and the other 12 elite families).

“I am a most unhappy man. I have unwittingly ruined my country. A great industrial nation is controlled by its system of credit. Our system of credit is concentrated. The growth of the nation, therefore, and all our activities are in the hands of a few men. We have come to be one of the worst ruled, one of the most completely controlled and dominated governments in the civilized world. No longer a government by free opinion, no longer a government by conviction and the vote of the majority, but a government by the opinion and duress of a small group of dominant men.”
– Woodrow Wilson

The outcome of the coming election is fixed and planned. And even if there would be no more election, then that would be the plan of TPTB. Personally, I think that the President during the time of collapse, hyperinflation, civil war, revolution and planned WW3 has to be a man and not a woman (in order to fulfill the prophecy).

Posted for your information! 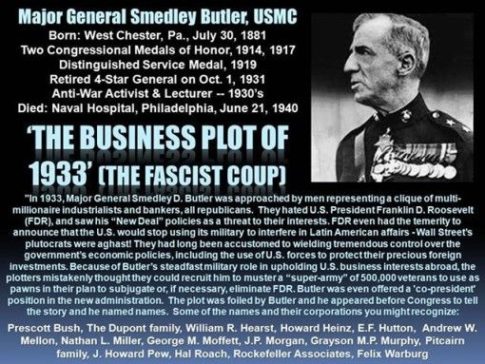 I know Sorcha Faal is “disinfo” but I am posting this because even if this was not “circling around the Kremlin” it happens to be true.

UPDATE: I was skeptical about posting a “Sorcha” report, and took this down until I discovered that this one is getting censored everywhere, triggering bans everywhere, – someone does not want this one getting read.

Who Sorcha is does not change the fact that this particular report is a GREAT piece of work, so with that considered along with the fact that even my laptop got it’s ram drive attacked over posting this, somebody hates it and that is the type of thing that gets me going even worse. Attacking my computers will not get me to back off, they are very robust and it only sends a message that I nailed something. If you ever wanted to see a Sorcha report I’d approve, see this:

Obviously this report is 100 percent true, now the question is, are you going to surrender to Hillary, or use your guns? It is time to say this bluntly – if the scamming we all see happening now is so blatant and obvious, and we do not enforce the law, we will lose it all.

I HAVE A LITTLE STATEMENT HERE TO MAKE: IF THE “AUTHORITIES” WILL NOT ENFORCE THE ELECTION LAWS, AND IT REALLY IS STOLEN, THE PEOPLE HAVE TO ENFORCE THE LAW, WITH THE SAME FORCE AND METHODS THE AUTHORITIES USE. THERE IS NO OTHER OPTION. IT WILL NOT GET BETTER OR BE MORE FAIR NEXT ELECTION. IF WE LET IT GO IN 2016, WE CAN KISS IT GOODBYE LIKE A CHILD WHO LET GO OF HIS BALLOON. IT AINT COMIN BACK.

I remember the first and only balloon I lost that way, and could not believe it could just be “gone”.

Donald Trump and and Hillary Clinton are BOTH satanic Rothschild puppets: 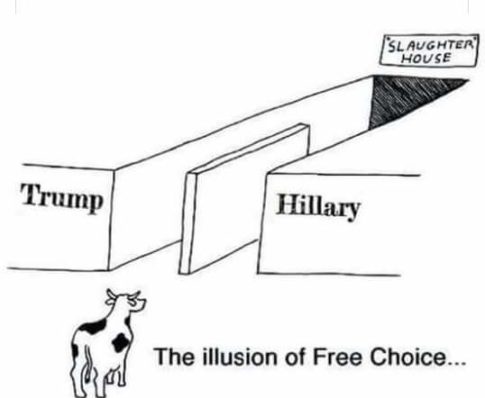