One week ago, board-certified medicine specialist, TV personality and CNN employee Dr. Drew Pinsky broke the mold of conformity, when he said that he is “gravely concerned” about presidential candidate Hillary Clinton’s health, pointing out that treatment she is receiving could be the result of her bizarre behaviors.

Appearing on KABC’s McIntyre in the Morning, Pinsky said he and his colleague Dr. Robert Huizenga became “gravely concerned….not just about her health but her health care,” after analyzing what medical records on Hillary had been released. Pinsky pointed out that after Clinton fainted and fell in late 2012, she suffered from a “transverse sinus thrombosis,” an “exceedingly rare clot” that “virtually guarantees somebody has something wrong with their coagulation system.” “What’s wrong with her coagulation system, has that been evaluated?” asked Dr. Drew.

Pinsky described the situation as “bizarre,” and said that Hillary’s medical condition was “dangerous” and “concerning”. Dr. Drew also went on to add that it was a sign of “brain damage” when Hillary had to wear prism glasses after her fall.

Just as stunning as Pinsky’s assessment which promptly went viral and led to the immediate takedown of the original interview webpage by KABC-AM radio, was that it came from an employee of HLN, which is part of the pro-Clinton CNN network.

As such it is probably not surprising that earlier today, just one week later, CNN executive vice president Ken Jautz announced Thursday that “Dr. Drew and I have mutually agreed to air the final episode of his show on September 22.”

“Dr. Drew and his team have delivered more than five years of creative shows and I want to thank them for their hard work and distinctive programming,” Jautz said in a statement. “Their audience-driven shows, in particular, were innovative and memorable TV. And Dr. Drew has been an authoritative voice on addiction and on many other topical issues facing America today.”

“It has been a privilege working at HLN,” Pinsky said in a statement of his own. “My executive producer Burt Dubrow and our outstanding staff and contributors were consistently exceptional. I am very excited to stay within the CNN Worldwide family as a contributor.”

There was no mention of the Hillary fiasco in the official parting statement; it was deemed redundant.

HLN will air reruns of “Forensic Files” and episodes of CNN originals in the “Dr. Drew” 7 p.m. ET time slot. 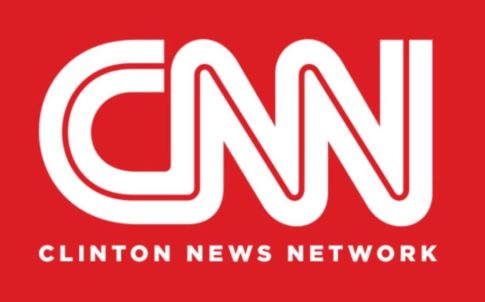