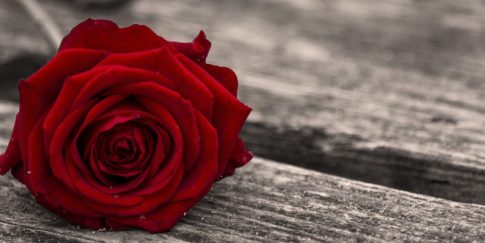 A grieving man from the eastern Indian state of Odisha carried his dead wife’s body on his shoulders from the hospital to his village for nearly 12km (7 miles), claiming it’s because he couldn’t afford to pay for an ambulance.

With his teenage daughter sobbing by his side, Dana Majhi wrapped his wife’s body in old sheets from the hospital bed in Bhawanipatna city early Wednesday because hospital authorities reportedly refused to provide transportation for the family.

This man in India carried his dead wife’s body for 12 kms because he couldn’t afford an ambulance pic.twitter.com/ZoMvUzZF8G

Amangadei Majhi, 42, had died from tuberculosis at the government hospital, some 60km (37 miles) from her village.

“I told the hospital authorities that I am a poor man and cannot afford a vehicle,” Majhi told local television reporters. “I kept requesting them, but they said they could not help.”

According to NDTV, local bystanders and television crews found the man walking with his wife’s body and called a senior officer to arrange for an ambulance to collect the family for the remainder of the journey.

The hospital denied the allegations and said Majhi took his wife’s body without informing hospital staff.

“The woman was admitted to the hospital on Tuesday and died the same night. Her husband took away her body without informing any hospital staff,” medical official B Brahma said, the BBC reports.

The state of Odisha had launched a special scheme in February to provide a free service to transport bodies from government hospitals, but the service was not reportedly offered to the grieving family.

Indian member of parliament Baijayant Jay Panda said that the scheme was now being expanded in light of the alleged incident.

[1/2] Despite much progress in Odisha’s health sector, y’day news of a man carrying his wife’s body for more than 10km was awful. Meantime..

[2/2] A plan had been in the works, today CM @Naveen_Odisha launched “Mahaprayana” scheme w/12 hearses for dist hospitals. Will be expanded