It’s them Ruskies again! With pressure on Obama over his visit to Louisiana, and Hillary facing an avalanche of headlines over her “email crimes,” it is time for a distraction… CNN reports, hackers thought to be working for Russian intelligence have carried out a series of cyber breaches targeting reporters at the New York Times and other US news organizations, according to US officials briefed on the matter. 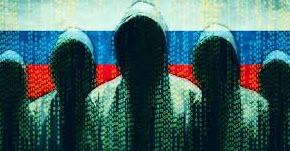 The intrusions, detected in recent months, are CNN reports, under investigation by the FBI and other US security agencies.

Investigators so far believe that Russian intelligence is likely behind the attacks and that Russian hackers are targeting news organizations as part of a broader series of hacks that also have focused on Democratic Party organizations, the officials said.

The FBI declined to comment and a spokesperson for The New York Times would not confirm the attacks or the investigation.

“Like most news organizations we are vigilant about guarding against attempts to hack into our systems,” said New York Times Co. spokeswoman Eileen Murphy. “There are a variety of approaches we take up to and including working with outside investigators and law enforcement. We won’t comment on any specific attempt to gain unauthorized access to The Times.”

Despite no actual proof, blame is quickly apportioned…

US intelligence officials believe the picture emerging from the series of recent intrusions is that Russian spy agencies are using a wave of cyber attacks, including against think-tanks in Washington, to gather intelligence from a broad array of non-governmental organizations with windows into the US political system.

The Times has brought in private sector security investigators who are working with US national security officials to assess the damage and determine how the hackers got in, according to the US officials.

And quickly the narrative is tilted against Trump…

Attention has grown on the hacks thought to be carried out by Russians since Wikileaks released a trove of emails stolen from the DNC in the weekend before the Democratic Party’s convention to nominate Hillary Clinton for president.

US intelligence officials say there is strong evidence showing Russian intelligence behind the DNC hack. The Clinton campaign has claimed the hack as proof that the Russians are trying to aid the election of Donald Trump.

Nancy Pelosi “knows for sure” it’s The Russians…

So what more do you need?