“The police report notes that all the attackers were foreign, with Afghanistan and Morocco particularly well represented among those caught for sex offenses.” 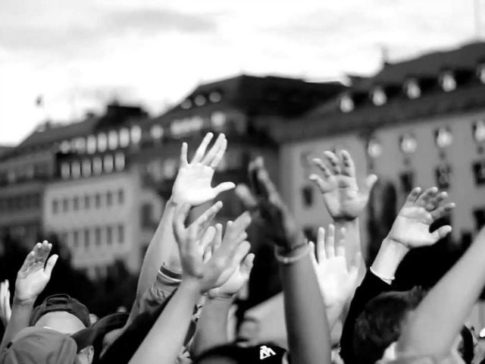 Despite a big increase in police presence, the number of sex attacks at a popular Swedish music festival in 2016 has more than doubled from last year’s figure.

At We are Sthlm, Sweden’s biggest youth festival, police say there have been 50 reports of sexual harassment. The figure for the five day festival is more than double the 21 recorded last year.

Writing on Facebook about the festival, Gothenburg-based journalist Joakim Lamotte expressed dismay at conditions there and confessed to feeling worried for his daughter’s future.

Mr Lamotte noted that while there is more surveillance and security than ever at the outdoor festival, girls have not been protected from groping. The writer reported that young girls he interviewed testified that large numbers of men “paw at them”, and a number of teens cried having just been “sexually harassed by several guys in front of the stage”.

Police expelled from the festival or took into custody 60 people for offences such as theft and knife crime. Police spokesman Mats Eriksson emphasised there was a larger police presence at the festival than ever before as well as more surveillance cameras and increased lighting.

The police report notes that all the attackers were foreign, with Afghanistan and Morocco particularly well represented among those caught for sex offenses.

Police spokesman Mats Eriksson told reporters: “The difference this year is that we have a greater presence on the ground, not only police officers but also security guards who are in the environment.”

Olga Persson of women’s shelter charity Unizon said men and boys should be targeted with anti-rape messages. Ms Persson said women have been talking about rape and sexual assault for fifty years and that boys need to be held to account.

Svenska Dagbladet reported that the majority of the victims were aged between 15 and 17.

Sweden regards itself as a “humanitarian superpower”, and the nation of less than 10 million people takes in more than 100,000 migrants each year. A Turkish newspaper last week warned travelers against flying to Sweden, warning that the Nordic country has an incredibly high rate of rape.