When browsing through the mainstream media abyss, there is no shortage of stories about people hunting down Pokémon on their office desks, in hospital rooms, and even in bathrooms. One teenage girl reportedly found a dead body while looking for Pokémon.

Not only is it everywhere, but its players are increasingly finding themselves in the beds of hospitals. It’s oblivious users fall from cliffs, walk directly into major highways at the peak of rush hour, absentmindedly stop their cars in the middle of the road — or wrap vehicles around trees — and become the ‘unwitting’ victims of armed robberies and stabbings.

Americans are far more concerned with catching mythical digital creatures than they are with their own safety — not too mention their vastly corrupt government exposing themselves every day.

As Pokémon Go becomes the number one mobile game of all time with tens of millions of downloads, Americans remain painfully oblivious to the world around them.

Nothing highlights this distraction or blatant censorship more accurately than the 28-pages being released on Friday, that showed the 9-11 hijackers had support from the Saudi government, and social media couldn’t have cared less.

On Friday, the 28 pages were finally released, although many parts are still redacted. They show that Senator Bob Graham was right in his claims that several figures in the Saudi Arabian government provided assistance to the 9-11 hijackers from within the U.S.

These 28-pages prove that the United States knew their ally aided and carried out 9-11 yet chose to cover it up. It vindicated “conspiracy theorists” worldwide — yet still, Americans hunt for Pokémon.

Pokémon Go has become so popular that it has surpassed Twitter users and is on track to beat out Snapchat and Google Maps. 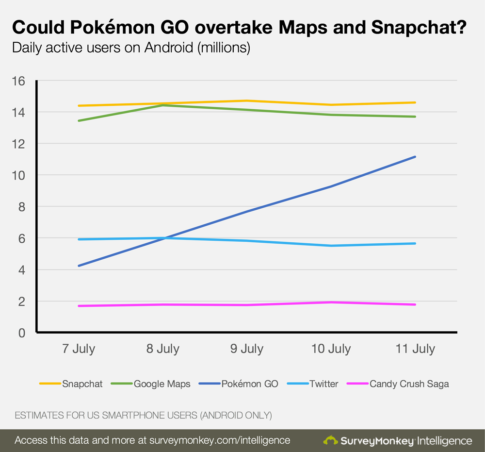