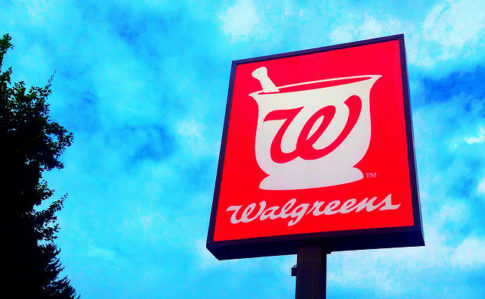 Walgreens has quietly morphed into one the biggest ‘pill mills’ since acquiring Rite-Aid for $9.4 billion last October.

According to Fortune, Walgreens will close 500 stores to satisfy the Federal Trade Commission antitrust concerns.

Thats a lot of ‘lower middle class’ jobs to lose.

Despite a regulatory environment in which the U.S. government has scuttled quite a few megamergers this year, Walgreens Boots Alliance  WBA 1.61%  is confident its planned purchase of Rite Aid  RAD -2.61%  will go through by the end of 2016.

What’s more, WBA CEO Stefano Pessina said on Wednesday the combined company would only have to shed about 500 stores to address regulators’ antitrust concerns. That’s much less than what some analysts, or even the company, initially expected when the all-cash deal was announced last October.

When WBA said last year it would buy its smaller rival for $9.4 billion, the company said it could have to close as many as 1,000 stores across both chains to placate the Federal Trade Commission. One analyst even floated the far-fetched figure of 3,000 drugstores.

Without any divestitures, a combination of the nation’s No. 1 (at the time the deal was announced) and No. 3 drugstore chains would total 12,800 locations. With CVS Health’s  CVS 1.30%  acquisition of Target’s  TGT 1.74%  pharmacy business in December, the top two pharmacy chains (Walgreens and CVS) in the U.S. would operate more than 20,000 locations combined, too high a concentration and therefore a problem for the FTC.