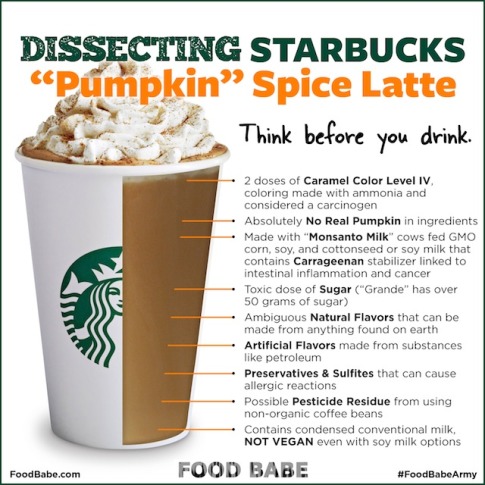 His conclusion: “I have always believed that our success as a company is best shared.”

One year later, something “unexpected” has happened as a result of the Schultz’ all too eager push to “share” his company’s success by hiking minimum wages, namely the realization by the company’s employees (if not so much the CEO, management and certainly shareholders) that total compensation is a function of two things: hourly wages and number of hours worked.

As Reuters reports, an online petition accusing Starbucks of “extreme” cutbacks in work hours at its U.S. cafes, hurting both employee morale and customer service, has been signed by more than 9,000 people. Suddenly Starbucks’ eagerness to raise its wages becomes all too clear: after all, it would merely have to reduce work hours, to keep profitability humming.

The world’s biggest coffee chain, trying to address cooling growth at its U.S. shops, recently introduced technology that allows customers to order and pay from mobile devices. That service aims to boost sales and reduce bottlenecks in stores; it also aims to reduce work hours.

In short: Starbucks is finding itself in a sales and profit squeeze (its shares have gone nowhere for the past year), and having been such a fervent supporter of minimum wage hikes, is now far less willing to “share” its success as a company, especially if it means a stagnant stock price for the foreseeable future.

Starbucks CEO Howard Schultz and other top brass have spoken with Jaime Prater, a Southern California barista and the online petition’s creator, the Seattle-based company said. It declined to give details but Starbucks spokeswoman Jaime Riley said it is not uncommon for Schultz to reach out to members of its 160,000-strong U.S. workforce. She said that Starbucks has a software system that determines labor needs based on business trends.

In which case, one wonders what the company’s attempt to squeeze out every last penny from the bottom line by implementing “extreme” cutbacks to work hours says about business trends in the US, and the economy in general.

But back to the disgruntled employees who don’t share Schultz’ optimism that this is all merely orindary course of business. Comments on the petition painted a picture of broad discontent at the company known for offering better wages and benefits than other chains, including healthcare coverage, retirement account contributions and paid vacation days.

Prater and many signers say they noticed cutbacks in U.S. staffing hours after Starbucks in April reported a deceleration in quarterly cafe sales growth. Several of them said store managers were under pressure to comply with the dictates of Starbucks’ software system.

Almost 7,000 signers of the petition described themselves as employees, according to Prater. They did not give their full names and Reuters was not immediately able to confirm that signers worked for Starbucks.

“The labor situation has gone from tight to infuriating,” Prater said.

One central California store has seen its labor allotment shrunk by about 10 percent, even though sales are up, its manager, who asked not to be identified for fear or reprisal, told Reuters. Similar complaints were heard from many signers of the online petition.

“No matter what we do to save on labor at my store, the system tells us EVERY SINGLE DAY that we are at least 8 hours over in labor for the day and have to cut even more,” wrote signer Aaron I. “We’re suffering, & so are our customers. It’s not working,” wrote Leslie S, a self-described shift manager.

But… just one year ago an euphoric Howard Schultz said he was so eager to raise minimum wages. What he forgot to add is that he is just as eager to cut work hours if it means preserving profitability.

“Mobile orders have increased sales and created more need for labor, yet the company is cutting labor,” wrote Makenna S, a shift supervisor.

And the punchline: like other restaurants and retail companies, Starbucks is wrestling with the effects of local minimum wage increases. Some petitioners said Starbucks had not boosted pay for existing workers in areas where minimum wages have increased – creating a situation where new hires are paid about the same wage as more experienced peers.

The longer we look at it, the more it appears that the CEO was not exactly genuine in his enthusiastic support for minimum wages.

As for the cherry on top: some employees said take-home pay had also taken a hit because tipping has fallen substantially amid broad customer adoption of the “Starbucks Rewards” program, which allows customers to pay with a loyalty card or mobile phones.

And just like that, the grim picture of the “minimum wage hike effect” is starting to be appreciated by all, and explains why over the past few months even the BLS has reported that average work hours have been shrinking, incidentally something we warned about over a year ago when the topic of minimum wage increases first emerged. Because as was obvious all along, the simple math is that as mandatory wages rise, there is far less “success” to be shared.

To be sure Starbucks is neither the first nor the last corporation to show its true colors. One year ago we reported that “Economics 102: WalMart Cuts Worker Hours After Hiking Minimum Wages“, and just four weeks ago we followed up that “Half Of Washington DC Employers Have Cut Jobs, Hours Due To Minimum Wage Increases – And It’s Going To Get Worse.”

The Starbucks news confirms just that; expect much more.

Meanwhile, we can only hope that more realize that politicians pandering to populism by conducting a phony “war on inequality” via minimum wage propaganda is merely serving their corporate overlords. Because as Starbucks employees are the latest to learn the hard way, as wages go up, all in comp is rapidly dropping while layoffs are rising. Maybe next time Obama mandates a minimum wage to show how much he cares about the “little worker”, he should also issue an executive order requiring minimum hours too. Naturally, that would merely unleash even more central-planning hell, but in a world in which the central banks already control everything, why the hell not?