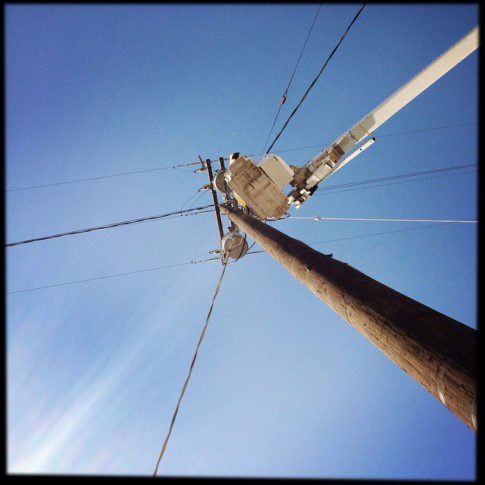 “Disclosure of even minor details about them may cause jeopardy,” bureau says.

The US Federal Bureau of Investigation has successfully convinced a federal judge to block the disclosure of where the bureau has attached surveillance cams on Seattle utility poles. The decision Monday stopping Seattle City Light from divulging the information was expected, as claims of national security tend to trump the public’s right to know.

However, this privacy dispute highlights a powerful and clandestine tool the authorities are employing across the country to snoop on the public—sometimes with warrants, sometimes without. Just last month, for example, this powerful surveillance measure—which sometimes allows the authorities to control the camera’s focus point remotely—helped crack a sex trafficking ring in suburban Chicago.

“If the Protected Information is released, the United States will not be able to obtain its return; the confidentiality of the Protected Information will be destroyed, and the recipients will be free to publish it or post the sensitive information wherever they choose, including on the Internet, where it would harm important federal law enforcement operational interests as well as the personal privacy of innocent third parties,” Jones ruled.

Peter Winn, assistant US attorney in Seattle, won the injunction after telling Judge Jones that “the FBI’s use of the pole camera technique is a powerful tool in FBI investigations of criminal violations and national security threats. Disclosure of even minor details about them may cause jeopardy to important federal interests because, much like a jigsaw puzzle, each detail may aid adversaries in piecing together information about the capabilities, limitations, and circumstances of equipment’s use, and would allow law enforcement subjects, or national security adversaries, to accumulate information and draw conclusions about the FBI’s use of this technology, in order to evade effective, lawful investigation by the FBI” (PDF).

The deployment of such video cameras appears to be widespread. What’s more, the Seattle authorities aren’t saying whether they have obtained court warrants to install the surveillance cams. And the law on the matter is murky at best.

Consider that in February, an Ohio-based federal appeals court upheld the firearms conviction of a Tennessee man whose brother’s rural farm was monitored for 10 weeks straight by a remote-controlled camera that the authorities installed on a utility pole 200 yards away without a warrant. That ruling conflicted with one issued by a Washington state federal judge who in 2014 tossed an alleged drug dealer’s conviction that was gained under the same circumstances—the warrantless spying on a suspect via a webcam attached to a utility pole near his rural Washington state property. In May, the FBI dropped its appeal of that decision without providing any reason.

Before abandoning its appeal, the government said (PDF) that it had the right to deploy the webcam without a court warrant because the device was on the public’s right-of-way and was akin to a cop’s observations from the street. The judge in the case, however, said the Fourth Amendment required that the police needed a warrant to spy.

In an e-mail to Ars, Seattle city attorney spokeswoman Kimberly Mills declined to say whether the FBI obtained warrants to install surveillance cams on Seattle City Light utility poles. “The City is in litigation and will have no further comment,” she said. Mills suggested we speak with the FBI office in Seattle, and we did.

Ayn Dietrich-Williams, an FBI spokeswoman in Seattle, said that “given the ongoing litigation, it would not be appropriate for the FBI to comment.” She pointed to Winn’s filing as a source of possible answers. In Winn’s brief, we discovered a link to “The Attorney General’s Guidelines For Domestic FBI Operations.” Under the “Particular Methods” section, there’s this reference:

Use of closed-circuit television, direction finders, and other monitoring devices, subject to legal review by the Chief Division Counsel or the FBI Office of the General Counsel. (The methods described in this paragraph usually do not require court orders or warrants unless they involve physical trespass or non-consensual monitoring of communications, but legal review is necessary to ensure compliance with all applicable legal requirements.)

Mocek told Ars that as part of his utility pole cam investigation, “I have learned nothing of related warrants or of a lack thereof.”

Winn, meanwhile, wrote to Judge Jones that the location information about the disguised surveillance cams should be withheld because the public might think they are an “invasion of privacy.”

Winn also said that revealing the cameras’ locations could threaten the safety of FBI agents.

“Revelation of the subject of an FBI investigation by the unauthorized disclosure of the location of a current or previously installed pole camera can have a devastating impact on an investigation,” Winn told Judge Jones. “Armed with such knowledge, a subject would not only be able to evade further investigation by the FBI but would also be able to employ countermeasures to impede further investigation such as destroying, hiding, or otherwise concealing evidence; intimidating or retaliating against cooperating witnesses; or by simply fleeing the jurisdiction. Such disclosure would also allow any individual other than the subject of an investigation who is intent on interfering with or thwarting the investigation to do so. As such, unauthorized disclosure of the location of a pole camera could threaten the safety of the FBI agents involved with the investigation.”

And if the cameras become “publicly identifiable,” Winn said, “subjects of the criminal investigation and national security adversaries of the United States will know what to look for to discern whether the FBI is conducting surveillance in a particular location.”