“Closer and closer, but they can’t stop people trading by barter.” 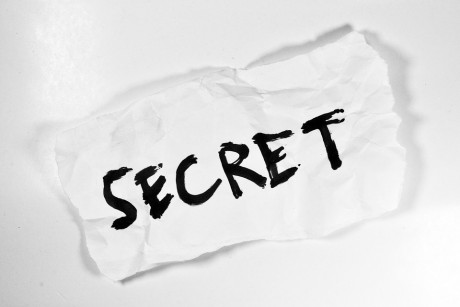 – A New Digital Cash System Was Just Unveiled At A Secret Meeting For Bankers In New York:

Last month, a “secret meeting” that involved more than 100 executives from some of the biggest financial institutions in the United States was held in New York City.  During this “secret meeting“, a company known as “Chain” unveiled a technology that transforms U.S. dollars into “pure digital assets”.  Reportedly, there were representatives from Nasdaq, Citigroup, Visa, Fidelity, Fiserv and Pfizer in the room, and Chain also claims to be partnering with Capital One, State Street, and First Data.  This “revolutionary” technology is intended to completely change the way that we use money, and it would represent a major step toward a cashless society.  But if this new digital cash system is going to be so good for society, why was it unveiled during a secret meeting for Wall Street bankers?  Is there something more going on here than we are being told?

None of us probably would have ever heard about this secret meeting if it was not for a report in Bloomberg.  The following comes from their article entitled “Inside the Secret Meeting Where Wall Street Tested Digital Cash“…

On a recent Monday in April, more than 100 executives from some of the world’s largest financial institutions gathered for a private meeting at the Times Square office of Nasdaq Inc. They weren’t there to just talk about blockchain, the new technology some predict will transform finance, but to build and experiment with the software.

By the end of the day, they had seen something revolutionary: U.S. dollars transformed into pure digital assets, able to be used to execute and settle a trade instantly. That’s the promise of a blockchain, where the cumbersome and error-prone system that takes days to move money across town or around the world is replaced with almost instant certainty.

So it is not just Michael Snyder from The Economic Collapse Blog that is referring to this gathering as a “secret meeting”.  This is actually how it was described by Bloomberg.  And I think that there is a very good reason why this meeting was held in secret, because many in the general public would definitely be alarmed by this giant step toward a cashless society.  Here is more on this new system from Bloomberg…

While cash in a bank account moves electronically all the time today, there’s a distinction between that system and what it means to say money is digital. Electronic payments are really just messages that cash needs to move from one account to another, and this reconciliation is what adds time to the payments process. For customers, moving money between accounts can take days as banks wait for confirmations. Digital dollars, however, are pre-loaded into a system like a blockchain. From there, they can be swapped immediately for an asset.

“Instead of a record or message being moved, it’s the actual asset,” Ludwin said. “The payment and the settlement become the same thing.”

Why this is so alarming is because we are seeing other major moves toward a cashless system all over the planet.  In Sweden, 95 percent of all retail transactions are already cashless, and ATM machines are being removed by the hundreds.  In Denmark, government officials actually have a stated goal of “eradicating cash” by the year 2030.  And in Norway, the biggest bank in the country has publicly called for the complete elimination of all cash.

Other nations in Europe have already banned cash transactions over a certain amount. Here are just a couple of examples…

Little by little, cash is being eradicated, and what we have seen so far is just the beginning. 417 billion cashless transactions were conducted in 2014, and the final number for 2015 is projected to be much higher.

The global push toward a cashless society is only going to intensify, because banks and governments both tend to really like the idea of such a system.

Banks really like the concept of a cashless society because it would force everyone to be their customers.  There would be no more hiding cash in a mattress at home or trying to pay all of your bills with paper money.  Under a cashless system, we would all be dependent on the banks, and they would make lots of money whenever we swiped our cards or our “chips” were scanned.

Governments see a lot of advantages in a cashless society as well.  They tell us that they would be able to crack down on drug dealers, tax evaders, terrorists and money launderers, but the truth is that it would enable them to watch, track, monitor and control virtually all of our financial transactions.  Our lives would become open books to the government, and financial privacy would be a thing of the past.

In addition, the potential for tyranny would be absolutely off the charts.

Just imagine a world where the government could serve as the gatekeeper for who is allowed to use the cashless system and who is not.  They could require that we all submit to some sort of government-issued form of identification before being permitted to operate within the system, or it is even conceivable that a loyalty oath would be required.

Of course if you did not submit to their demands, you could not buy, sell, open a bank account or get a job without access to the cashless system.

Hopefully people can understand where this is going.  Paper money is a very important component of our freedom, and if it is taken away from us that will open the door for all sorts of abuse.

Even now, cash is slowly being “criminalized” in America.  For example, if cash is used to pay for a hotel room that is considered by federal authorities to be “suspicious activity” that should be reported to the government.  Of course it isn’t against the law to pay your hotel bill in cash just yet, but according to the government it is something that “terrorists” do so it needs to be closely watched.

It doesn’t take a whole lot of imagination to see where all of this is going.  And for those of us that understand what time it is, this is a clear indication that it is getting late in the game.