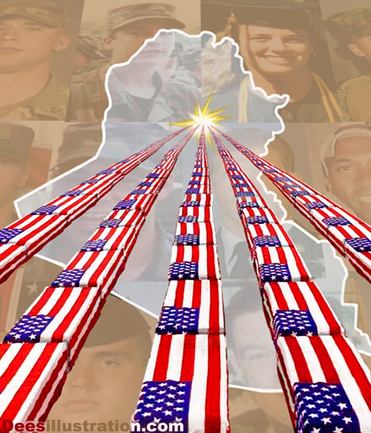 – First US Soldier In Iraq Killed By Islamic State During “Enemy Fire”:

US “boots on the ground” on Iraq have just suffered their first casualty.

Moments ago US Defense Secretary Ash Carter announced that the Islamic State killed the first U.S. serviceman in Iraq who was aiding Kurdish fighters near the northern Iraqi city of Mosul, RT reports. A statement from the US-led forces in Iraq added the fatality was “a result of enemy fire.” “It is a combat death, of course. And a very sad loss,” Carter told reporters at a press conference in Germany.

On May 3, 2016, a Coalition service member was killed in northern Iraq as a result of enemy fire. https://t.co/m0eUpcuVu7

According to Carter, the serviceman was killed “in the neighborhood” of Irbil, northern Iraq. Irbil is the capital of semi-autonomous Kurdistan region.  No further official details were given apart from the US-led Operation Inherent Resolve stating that a coalition “service member was killed in northern Iraq as a result of enemy fire.”  The serviceman was hit by direct enemy fire about 32 kilometers from the city of Mosul, said Colonel Steve Warren, spokesman for Operation Inherent Resolve.

The serviceman’s name and rank weren’t immediately disclosed in accordance with military protocol. He was on a so-called train-and-assist mission, advising Kurdish fighters known as the Peshmerga, U.S. allies in the anti-Islamic State campaign. He is the third American soldier to have been killed in Iraq since U.S. troops withdrew from the country in 2011 following a nearly decadelong occupation.

“The enemy penetrated the Kurdish lines,” Col. Warren of the morning attack. “They went about five kilometers past the forward line of troops with some truck bombs.”

The WSJ adds that earlier on Tuesday US and coalition aircraft were said to be supporting forces battling Islamic State militants north of Mosul. Mosul is some 80 km (50 miles) west of Irbil.

Operation Inherent Resolve was launched by Washington against Islamic State in 2014. In December of that year, a US Air Force pilot was killed when his F-16 Fighting Falcon crashed due to maintenance problems.

Obama had previously stated on numerous occasions that no US “boots on the ground” would be deployed to Iraq before changing his strategy and sending hundreds of troops to the region. 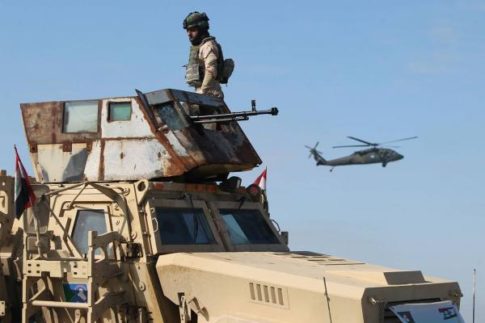 An Iraqi soldier is trained on an armed U.S. military vehicle as they take part in a live-fire exercise under the surveillance of U.S.-led coalition forces at Basmaya base, southeast of the Iraqi capital Baghdad on January 27, 2016.