As China’s credit fueled craziness rages on, individual “investors” have been tripping over themselves trying to get in on a piece of the action, opening up enough brokerage accounts for every man, woman, and child in LA and pouring hard earned money into “investment” opportunities such as P2P funds.

This has of course lead people to game the system, recall Ezubao’s $7.6 billion P2P ponzi scheme that led to the arrest of 21 people earlier this year, and more recently the shuttering of Zhongjin Capital Management, which also led to 21 arrests on charges of suspicion of illegal fundraising.

It now appears that we’ve reached the point in the game where instead of waiting around to be arrested, those running shady ponzi schemes are now pulling the ripcord, clearing out as many bank accounts as possible, and just disappearing.

In the latest development in the crumbling shadow banking sector, police in the Chinese city of Hangzhou are searching for the chairman of the Wangzhou Group who allegedly disappeared with $154 million according to Reuters.

The Wangzhou Group is the parent of asset management firm Wangzhou Fortune, has more than 20,000 investors.

To repay investors, Wangzhou Group plans to retrieve about 1 billion yuan in principal and interest payments on loans it has made and cover the additional 1.2 billion yuan shortfall by selling property, Xinhua quoted a company statement as saying.

We expect this won’t be the last time we hear of such a thing taking place, because after all as the credit bubble starts to burst, China authorities will try to root out more fraudulent firms in order to try and get ahead of the situation. 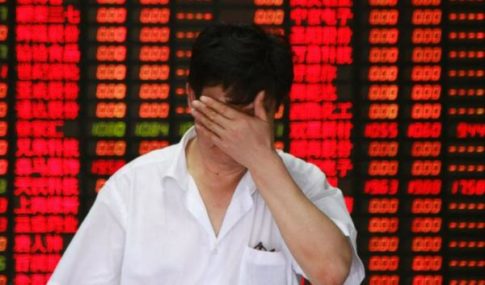 An effort that will inevitably be too little, too late.