One way to deal with bouts of projectile dysfunction is either to launch even more ballistic missiles, or just to call in a thousand of your country’s top cooks and have them make comfort food for you. 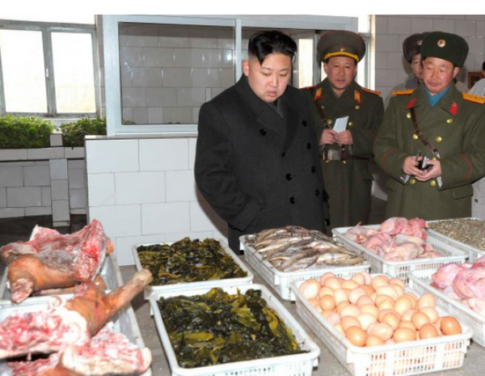 According to the Post, North Korean leader Kim Jong Un broadcast a “master chef” style competition to find the country’s top chef, as well as to gorge on food as millions of starving viewers looked on.

More than 1,000 people entered the competition, with the Pyongyang Times reporting: “The festival was comprised of the exhibitions of gastrological [sic] hits, famous and local special dishes and compulsory dishes and the technical contest and demonstration of top chefs and waiters and waitresses.

“The participants presented famous local and foreign dishes and specialties of their units and local areas.” The TV menu included some European dining options including pizza and spaghetti as well as a five-pheasant dish and “broccoli five ways.”

The ultimate arbiter of the food was the tubby tyrant, who by sampling the wares was one step closer to his esthetic ideal: according to defectors from the Communist country he is fattening himself up to look like his grandfather, Eternal President Kim Il-sung, who is still the reclusive county’s head of state despite having been dead since 1994.

And while young Kim was pointing and looking at machines that do “stuff” and deciding between five-pheasant dish and “broccoli five ways” or to go straight to desert, he conveniently forgot yet again that his country remains on the verge of a famine. 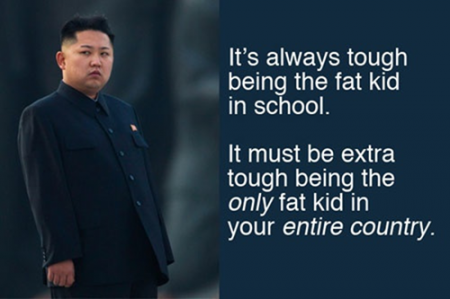