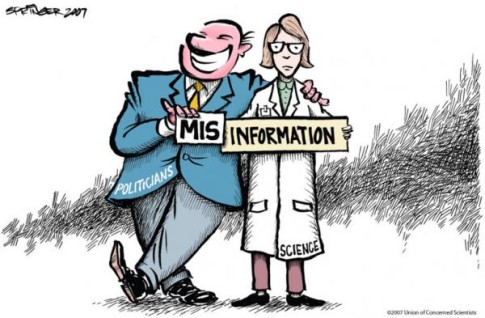 If Bill Nye had his way, Weather Channel founder John Coleman would be heading for jail. Having spent more than 60 years as a meteorologist, Coleman penned a pointed rebuke to “the science guy’s” vehement faith in the ‘science’ of climate change, exclaiming that “science has taken a back seat at The UN… get politics out of the climate debate.”

On this Earth Day 2016, there is a great deal of frenzy about how our Earth is going to become uninhabitable, as the civilized activities of man allegedly trigger unstoppable global warming and climate change.

With the Obama administration set to commit the U.S. to the Paris climate agreement by signing our nation onto the document Friday, it is obvious that science has taken a back seat at the United Nations.

The environmentalists, bureaucrats and politicians who make up the U.N.’s climate panel recruit scientists to research the climate issue. And they place only those who will produce the desired results. Money, politics and ideology have replaced science.

U.N. climate chief Christiana Figueres has called for a “centralized transformation” that is “going to make the life of everyone on the planet very different” to combat the alleged global warming threat.How many Americans are looking forward to the U.N. transforming their lives?

Another U.N. official has admitted that the U.N. seeks to “redistribute de facto the world’s wealth by climate policy.” The former head of the U.N. climate panel also recently declared that global warming “is my religion.”

When all the scare talk is pushed aside, it is the science that should be the basis for the debate. And the hard cold truth is that the basic theory has failed. Many notable scientists reject man-made global warming fears. And several of them, including a Nobel Prize winner, are in the new Climate Hustle movie. The film is an informative and even humorous new feature length movie that is the ultimate answer to Al Gore’s An Inconvenient Truth. It will be shown one day only in theaters nationwide on May 2.

As a skeptic of man-made global warming, I love our environment as much as anyone. I share the deepest commitment to protecting our planet for our children and grandchildren. However, I desperately want to get politics out of the climate debate. The Paris climate agreement is all about empowering the U.N. and has nothing to do with the climate.