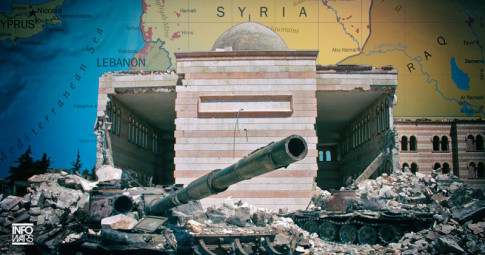 Weapons sent to Turkey and distributed to jihadist groups

Despite a ceasefire in Syria, the United States is delivering tons of weapons to al-Qaeda, al-Nusra and other Islamist groups.

The shipments are detailed in a report released by IHS Jane’s 360 0n Thursday. Jane’s cites documents posted on the US government’s Federal Business Opportunities (FBO) website.

“The FBO has released two solicitations in recent months looking for shipping companies to transport explosive material from Eastern Europe to the Jordanian port of Aqaba on behalf of the US Navy’s Military Sealift Command,” write Jeremy Binnie and Neil Gibson.

Solicitations for a contractor to ship 81 containers of cargo that included explosive material from Constanta in Bulgaria to Aqaba appeared on November 3.

The solicitation was subsequently updated with a detailed packing list indicating the cargo had a total weight of 994 tons. Around half of the shipment was to be unloaded at Agalar, a military pier near the Turkish town of Tasucu, and the other half at Aqaba.

“These weapons are going to Syria where, as has been reported for years by several independent sources, half of them go directly to al-Qaeda,” writes Moon of Alabama.

Earlier this month it was reported the Pentagon has resumed a “rebel” training program in Turkey. In October the Pentagon announced it would “pause” a program after trainees were attacked in Syria by al-Nusra and handed over their weapons to the jihadi group.

The United States claims it is arming and training “moderate” rebels in Syria despite the fact numerous observers and experts on the conflict insist there are virtual no moderate forces involved in the effort to topple the government of Bashar al-Assad.

“Nowhere in rebel-controlled Syria is there a secular fighting force to speak of,” Ben Hubbard wrote for The New York Times on April 27, 2013.

The main group supported by the US, the Free Syrian Army, collaborates with al-Nusra. “The Wall Street Journal reports that Brig. Gen. Mithkal Albtaish, an FSA leader, says that the organization is ‘dominated by Islamist groups that are in close coordination with al Nusra,’ the al-Qaeda aligned terrorist group. The idea, then, that the FSA is secular is mistaken,” writes Stephen Gowans.

“The Free Syrian Army and the Syrian National Council, the vaunted bulwarks of the moderate opposition, only really exist in hotel lobbies and the minds of Western diplomats,” Ben Reynolds wrote in October, 2014. “There is simply no real separation between ‘moderate’ rebel groups and hardline Salafists allied with al-Qaeda.”

2 thoughts on “FEDERAL BUSINESS OPPORTUNITIES: 994 TONS OF WEAPONS SHIPPED TO AL-QAEDA IN SYRIA”