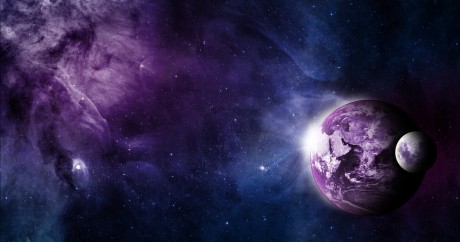 – Planet Nine Or Planet X? New Evidence Of A Mystery Object On The Periphery Of Our Solar System:

An astronomer at Caltech says that new evidence has been discovered that indicates that there is a massive planet lurking somewhere on the outer edges of our solar system.  It has been dubbed “Planet Nine”, but that is only because Pluto is not considered to be a planet anymore.  If we included Pluto, this new astronomical body would be known as “Planet Ten” or “Planet X”, but scientists try very hard to avoid using the phrase “Planet X” because it is associated with so many “conspiracy theories”.  Based on the new evidence that has emerged, it is believed that Planet Nine is approximately 20 times further away from the sun than Neptune is, and it is being projected that it would take somewhere between 10,000 and 20,000 years for this planet to make one trip around the sun.

Perhaps due in part to my legal training, I have always been skeptical when it comes to things like this.  Whenever anyone has tried to tell me about Planet X in the past, I have always wanted to see proof.  And of course solid proof regarding Planet X has always seemed to be in short supply.

But there was a big change in that regard during the month of January.  The following comes from the Independent…

Objects have been spotted moving around unusually at the edge of our solar system. And the best explanation for the strange orbits is the mysterious Planet Nine, according to one of the scientists who has argued that the hidden planet exists.

In January, a pair of scientists argued that they had found another planet, based on calculations using objects at the distant end of our solar system. By studying the orbit of six objects in the Kuiper Belt – a mysterious area thought to be filled of astroids and other icy objects – they argued that they were being affected by something large and previously unknown.

At that time, scientists were telling us that this newly discovered object was likely 10 times more massive than the Earth.

So we are definitely not talking about some small piece of rock.

Now, astronomer Mike Brown of Caltech has come forward with new evidence that this massive planetary body exists.  The following comes from the Daily Mail…

In the post, Brown wrote,: Hey Planet Nine fans, a new eccentric KBO was discovered. And it is exactly where Planet Nine says it should be.’

The KBO in question is ‘uo3L91,’ shown with a solid blue line in the graph. Brown writes that the slide comes from a recent talk at the Seti Institute.

This discovery was made from an Outer Solar System Origins Survey (OSSOS) on the Canada-France-Hawaii Telescope, according to a subsequent tweet.

Of course it is still too early to say anything really definitive about this new object.

There are still plenty of skeptics, and back in January NASA refused to confirm or deny that this new planet even exists…

In a YouTube video, Jim Green, director of planetary science at Nasa addressed the new findings.

‘The January 20 paper in the Astronomical Journal is fueling our interest in planetary exploration,’ Green said.

‘Stimulating a healthy debate that’s part of the scientific process.

‘It is not, however, the detection of a new planet. It’s too early to say with certainty that there’s a so-called ‘Planet X’ out there.

He pledged Nasa experts would take part in the process to try and find it.

Personally, I would not be surprised at all if it turns out that there are numerous large objects out there that the public does not know anything about right now.

For years, there has been rampant speculation that an astronomical body known as “Planet X” would soon approach the Earth and cause unprecedented natural disasters.  Many of these predictions that have included specific dates have turned out to be false alarms.  But that doesn’t mean that something like this will not eventually happen someday.

The approach of the mysterious Planet X is currently sending waves of charged “plasmatic energy particles” through our solar system. The flow of energy will finally disrupt the “core flows” of the Earth and trigger catastrophic changes in Earth’s climate.

We have been feeling the disruptive effects of the inbound rogue Planet X since 1996 in the form of increased seismic and volcanic activities, freak weather patterns, and natural disasters.

I don’t know if any of that is true or untrue.

But what I do know is that the Bible tells us that there will be “signs in the sun, and in the moon, and in the stars” just prior to the return of Jesus Christ.  This is something that I discuss in my new book entitled “The Rapture Verdict” which is currently the #1 new release in Christian eschatology on Amazon.com.

Will some giant astronomical body play a role in causing those signs?

However, without a doubt I will continue watching for new evidence of unusual things happening in our solar system.

And it is true that heavenly bodies can have a tremendous influence on our planet.  Over the past few years, I have detailed how earthquakes, volcanic eruptions and other natural disasters have been increasing in number and intensity.  How much of this activity can be attributed to forces outside of our own planet is certainly up for debate.

Just like you, I am still learning.  And so far, I haven’t seen any solid evidence that an encounter with a giant celestial body known as “Planet X” is imminent, but it is entirely possible that I could come across something tomorrow that could completely change my mind.

So what do you think about all of this talk regarding “Planet X”?

1 thought on “Planet X, Nibiru? New Evidence Of A Mystery Object On The Periphery Of Our Solar System”