– Islamic State Unveils Next Attack: “What Awaits You Will Be Tougher And More Bitter”:

Earlier today, Belgian prosecutors held a press conference at which officials detailed the latest developments in the search for the third suspect seen in CCTV footage shot just before two suicide bombers detonated suitcases in front of a Starbucks in Brussels airport on Tuesday.

The man police are frantically searching for is almost certainly bomb maker Najim Laachraoui, who has emerged as a key figure in the Belgium cell once commanded by Paris ringleader Abdelhamid Abaaoud. Laachraoui was identified on Friday after police captured Salah Abdeslam in Molenbeek following a firefight. Authorities are understandably concerned about the fact that an explosives expert is on the loose in Brussels where he presumably has contacts to still more members of the sleeper cell (which isn’t so “sleepy” anymore).

The thinking now is that ISIS cells have been given a certain amount of autonomy from central command in Raqqa and Mosul because, well, because there’s really no telling if there even is a central command at this juncture. One gets the impression that al-Hayat Media Center just kind of waits to see what happens and then if there’s a “successful” attack (Allahu akbar), then the propaganda arm simply claims it after the fact. 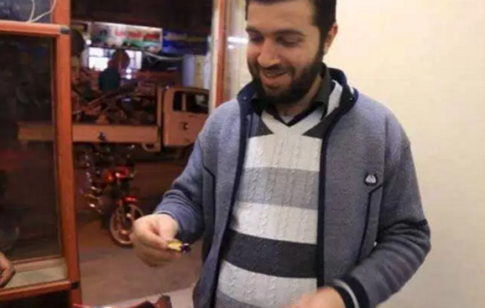 That dynamic in many ways makes the group more unpredictable, as semi-autonomous cells do not need al-Baghdadi’s approval before carrying out attacks.

With all of that in mind, we present the full statment from ISIS regarding the attacks on Brussels and a reading of the proclamation in French (the .mp3 is of course from al-Bayan, the caliphate’s radio network).

As you’ll see (and hear if you speak French) below, ISIS has now promised a larger attack on Belgium. In the context of what we said above, consider that in reality it’s probably not a more spectacular attack that Belgians should fear, but rather a series of “small” attacks like what unfolded Tuesday, perpetrated by a collection of individuals who do not need to appeal to a central authority and thus are free to hit soft targets spontaneously. 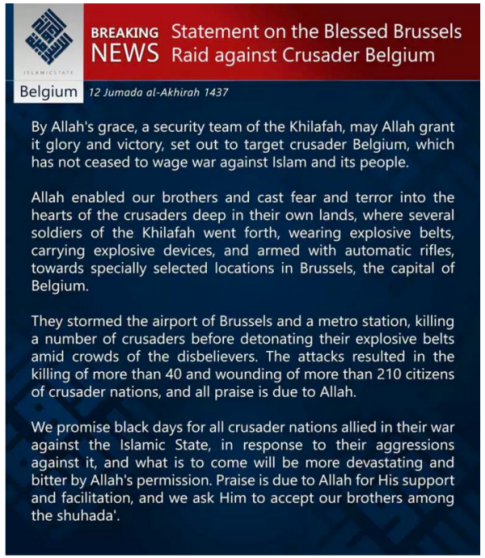 2 thoughts on “Islamic State Unveils Next Attack: “What Awaits You Will Be Tougher And More Bitter””