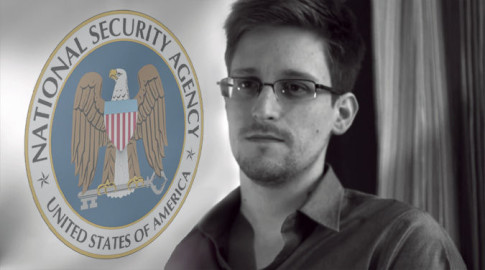 – Shocking New Snowden Confession: “Climate Change is a Hoax by the CIA”:

UPDATE: Edward Snowden is not the only person coming out this week saying global warming was a hoax. So is the National Oceanic and Atmospheric Administration,

Let me begin by saying that unless you’ve taken the time to look into Edward Snowden, then he’s probably not who you think he is. He’s certainly not the low level data entry schmuck the media made him out to be when he spilled many of the NSA’s secrets and then had to flee the country back in 2013. The public was led to believe that Snowden was little more than the guy from IT that you call when the printer toner runs out, but being a sneaky little bastard, he managed to sneak in a zip drive one day and downloaded all kinds of top secret information. Nothing could be further from the truth.

Since Snowden’s most recent revelation is something so big it will shatter the world view of tens of millions of people if true, I thought I’d provide a little background on the man before the article below. After all, Snowden isn’t revealing that there is no such thing as Santa Clause. He’s saying that “global warming is a complete hoax that was invented by the CIA.” There’s a damn good reason the media painted Snowden to be such a nobody, and that’s because they knew they had to discredit him publicly before he dropped any major truth bombs.

Edward Snowden was not some guy that you call when the printer toner runs low. We’re talking about a guy whose co-worker at the NSA once told Forbes Magazine that although the NSA was filled with tons of smart people, Snowden was “a genius among geniuses,” The following brief summary comes from wikipedia, but it’s highly condensed. It is my intention to provide just enough information to spark your curiosity, so that you’ll watch the AMAZING documentary below. With a claim the size of the one Snowden is making, it’s important you get a sense of precisely who is making it. Wikipedia says:

On May 7, 2004, Snowden enlisted in the United States Army Reserve as a Special Forces candidate through its 18X enlistment option, but he did not complete the training. After breaking both legs in a training accident, he was discharged. He was then employed for less than a year in 2005 as a “security specialist” at the University of Maryland’s Center for Advanced Study of Language, a non-classified facility.

In 2006, after attending a job fair focused on intelligence agencies, Snowden was offered a position at the Central Intelligence Agency (CIA), which he joined. After distinguishing himself as a junior employee on the top computer team, Snowden was sent to the CIA’s secret school for technology specialists, where he lived in a hotel for six months while studying and training full-time. According to a co-worker, while there Snowden was “considered the top technical and cybersecurity expert” in that country and “was hand-picked by the CIA to support the president at the 2008 NATO summit in Romania.”

Later, during his four years with Dell, Snowden rose from supervising NSA computer system upgrades to working as what his résumé termed a “cyberstrategist” and an “expert in cyber counterintelligence” at several U.S. locations. In that capacity, he was consulted by the chiefs of the CIA’s technical branches, including the agency’s chief information officer and its chief technology officer. U.S. officials and other sources familiar with the Snowden case say that he began downloading documents describing the government’s electronic spying programs while working for Dell in April 2012. Investigators estimated that of the 50,000 to 200,000 documents Snowden gave to Greenwald and Poitras, most were copied by Snowden while working at Dell.At the time of his departure from the United States in May 2013, he had been employed for 15 months inside the NSA’s Hawaii regional operations center, which focuses on the electronic monitoring of China and North Korea, the last three of which were with consulting firm Booz Allen Hamilton which hired Snowden in 2013 as an NSA contractor. Prior to starting with Booz Allen Hamilton, Snowden’s “career high” annual salary was $200,000, but he took a pay cut at Booz Allen Hamilton because he knew he would have the opportunity to gather data, and then ultimately release details of the NSA’s worldwide surveillance activity.

Intelligence officials have described Snowden’s position with Booz Allen Hamilton as a “system administrator,” but Snowden says he was an “infrastructure analyst.” That meant his job was to look for new ways to break into Internet and telephone traffic around the world. Gradually, over the span of his career with the NSA, Snowden began to move from merely overseeing different systems to actively directing their use. Snowden regularly had sit downs with the CIO of the CIA, the CTO of the CIA, and the chiefs of all the technical branches.

So, when Edward Snowden says that global warming is a total farce that was manufactured by the U.S. government, as you just read, if anyone was in a position to know, it would have been him. The following documentary goes into much more detail, and then just a few days ago the article below came out when he makes the shocking new revelation.

NATIONAL SECURITY AGENCY WHISTLEBLOWER EDWARD SNOWDEN, HAS MADE A NEW CONTROVERSIAL CLAIM YESTERDAY DURING AN INTERVIEW, SAYING THAT HE POSSESSES SOME CLASSIFIED INFORMATION PROVING THAT THE CIA IS BEHIND THE “THEORY OF GLOBAL WARMING”.

Snowden, who lives as a fugitive in Russia after leaking documents about the NSA’s surveillance programs, has made some previously unreported allegations during an interview with the Moscow Tribune.

Mr. Snowden says the CIA first orchestrated the spread of the “Global Warming scare” in the 1950s, in order to divert the attention of the scientific community, from the dangers of the weapons race and reinforce its control over research institutes.

“I have documents showing that the CIA invented the whole thing,” claims Edward Snowden. “Global Warming was invented to both scare people, and divert their attention from other human-made dangers like nuclear weapons. The CIA gave millions of dollars to any scientist who would confirm the theory, so many unscrupulous scientists did what they were told in order to get the money. Now, there is so much fake data to confirm that Global Warming “exists”, that they actually convinced everyone that it was real.”

Mr. Snowden says that the documents proving that the CIA invented the whole thing will be integrally reproduced in his new book, expected to be released in September 2016.

Edward Snowden was hired by an NSA contractor in 2013 after previous employment with Dell and the CIA. In the month of June of the same year, he revealed thousands of classified NSA documents to journalists. He also claims to be in possession of CIA documents, linking the agency to many illegal activities.

The US government filed espionage charges against him shortly after his revelations were made public. He has been living under asylum in Moscow, after fleeing the US for Hong Kong in the wake of the leaks.

He has since threatened to release other documents in his possession, which he claims would be far more embarrassing for the American government than the ones he has already rendered public.

3 thoughts on “Shocking New Snowden Confession: ‘Climate Change Is A Hoax By The CIA’”