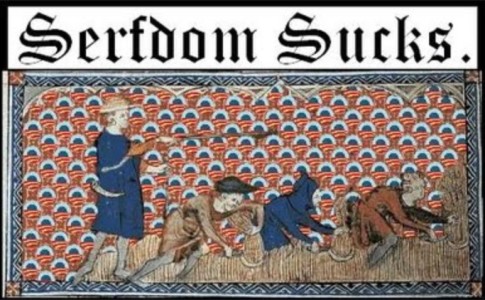 Earlier today I came across a fantastic article published at Naked Capitalism by a writer known as Gaius Publius.

Yves Smith introduces the piece with the following poignant passage:

Let us not forget that the “things are going to get worse for you” story also conveniently diverts attention from the degree of rent extraction and looting that is taking place. US corporate profit share of GDP has been at record levels, depending on how you compute if, of 10% of 12% of GDP, when no less than Warren Buffett deemed a profit share of over 6% of GDP as unsustainably high as of the early 2000s. That higher profit share is the direct result of workers getting a far lower share of GDP growth than in any post-war expansion. So the increased hardships that ordinary people face is not inevitable, but is to a significant degree due to the ruling classes taking vastly more than their historical share out of greed and short-sightedness.

Now here are some excerpts from the Gaius Publicis piece:

Why do neo-liberal Democrats, like the Clinton campaign, not want you to have big ideas, like single-payer health care? Because having big ideas is resistance to the bipartisan consensus that runs the country, and they want to stave off that resistance.

But that’s a negative goal, and there’s more. They not only have to stave off your resistance. They have to manage your acceptance of their managed decline in the nation’s wealth and good fortune.

Again: The goal of the neo-liberal consensus is to manage the decline, and manage your acceptance of it.

Corey Robin says when Clinton tells the truth, believe her:

“Amid all the accusations that Hillary Clinton is not an honest or authentic politician, that she’s an endless shape-shifter who says whatever works to get her to the next primary, it’s important not to lose sight of the one truth she’s been telling, and will continue to tell, the voters: things will not get better. Ever. At first, I thought this was just an electoral ploy against Sanders: don’t listen to the guy promising the moon. No such thing as a free lunch and all that. But it goes deeper. The American ruling class has been trying to figure out for years, if not decades, how to manage decline, how to get Americans to get used to diminished expectations, how to adapt to the notion that life for the next generation will be worse than for the previous generation, and now, how to accept (as Alex Gourevitch reminded me tonight) low to zero growth rates as the new economic normal. Clinton’s campaign message isn’t just for Bernie voters; it’s for everyone. Expect little, deserve less, ask for nothing. When the leading candidate of the more left of the two parties is saying that – and getting the majority of its voters to embrace that message – the work of the American ruling class is done.”

In Germany after WWI, austerity imposed by outsiders created the conditions for fascism to grow. We knew this. We were even taught this in school. And we certainly know just how good that is for women and minorities.

But in America (and Britain), that austerity is being imposed by our own leaders, and most effectively by leaders of the Democratic Party (and Labour Party) — the supposed “left” party, the party that was understood to support working people.

Clinton, like all of the DLC, talks like this “new economy” of decline is something that just happened, like it’s a natural force. They do not admit that it was a political decision to break the power of ordinary working people and put it back into the hands of the aristocracy. They pat us on the head and tell us they will try not to make it as bad as the Republicans will, but it will happen and there is nothing to be done about it.

And they actively divide us by making personal and tribal differences into the main show of the public political arena (only 7% of Americans claim never to have used birth control, so how is it a “Democrat” thing?) while behaving like the really big decisions that are wrecking our lives are none of our business. (Bank bailouts that were opposed 200-1 in calls to the White House from the public! Stopping the prosecutions of fraudulent banksters! HAMP instead of real home-owner relief! Secret TPP talks, for godssakes!)