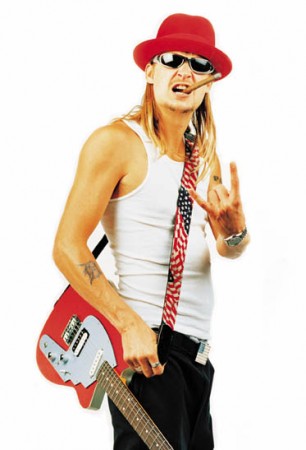 With the Trump juggernaut (which was unthinkable for most of the “sophisticated” media punditry and analysts) growing stronger by the day toward the all important Florida and Ohio primaries, and after that straight to the showdown with Hillary Clinton, the real estate tycoon is gradually showing a more moderate side, one which was put on display during last night’s GOP debates.

As the Telegraph writes, Donald Trump’s push to appear presidential was exposes on Thursday night in the latest Republican debate, as he “strangled his natural instinct to respond to attacks with bombast and insults.” Trump’s “do no harm” strategy was clear from the start, and even more so after he walked offstage and said: “We’ve had enough of the debates, wouldn’t you say?”

The Republican front-runner’s focus is protecting his lead, and he pledged earlier this week that if he were to win the election he would become more presidential than anyone “other than the great Abe Lincoln”, leading to an uncharacteristic civil and understated debate performance, and a significant departure from last week’s debate which, as the Telegraph put it, “was characterized by playground insults.”

Trump’s recent pivot to placate potential moderate voters may already be reaping results, and in a most unexpected place – the liberal bastion of Hollywood.

According to The Hollywood Reporter, the entertainment industry’s rare conservatives (and independents) are lining up behind Trump — the real-estate mogul considered one of their own as a former TV star and producer.

This is how THR reveals the building support for The Donald:

At an undisclosed location somewhere in the Los Angeles area, about 200 members of Hollywood’s private group of conservative Republicans — known as “Friends of Abe” — gathered to watch Thursday’s GOP debate between Donald Trump, Ted Cruz, Marco Rubio and John Kasich. It was an invite-only list that included everyone from recognized actors to rank-and-file studio workers.

They watched the candidates spar over radical Islamic terrorists, social security’s future and illegal immigration. But, it was a moment early in the debate that turned heads: Trump blasted the entertainment industry about Disney employees who allegedly lost their jobs due to abuse of the guest-worker program.

One industry worker clapped and looked around to see if others were equally enthusiastic. Some were, including one invitee sporting a hat emblazoned with “TRUMP.”

It marked a snapshot in what could be the entertainment industry’s rare conservatives (and independents) lining up behind Trump — the real-estate mogul considered one of their own as a former TV star and producer.

The numbers in support of Trump are staggering: “For every Cruz or Rubio supporter I talk to, there are 10 Trump supporters,” says one conservative wealth manager who has a deep bench of entertainment industry clients. He didn’t want to speak publicly, though he admitted most of his firm’s left-leaning clientele support Democrats Hillary Clinton and Bernie Sanders.

“I tell them, ‘if you don’t want to feel the Bern, convert your IRAs now rather than pay his 92 percent tax rate.’ I know they like their Teslas, private schools and million-dollar-mansions, but they won’t afford all that if they’re allowed to keep only 8 percent of their income.”

THR whether this “could this be a turning point among Hollywood’s conservative branch?”

To be sure, there’s the conservative stars that are openly Republican. Actor John Voight, whose daughter Angelina Jolie is famously Liberal-leaning, threw his support to Trump on March 8. “I pray all Americans who have seen and felt the meltdown of America with the Obama years, to please fight for Donald Trump,” Voight said in his endorsement. Beyond Voight, celebrities outwardly supporting The Donald include Ted Nugent, Kid Rock, Stephen Baldwin and Duck Dynasty’s Willie Robertson, though there are many more in Hollywood are supportive but less vocal.

Many more may be about to appear: it’s those so-called closeted entertainment industry stalwarts that remain a mystery. Author and screenwriter Bret Easton Ellis suggested in a tweet on Feb. 21 that it’s tough to know for sure which Hollywood figures are throwing their support to frontrunner Trump. The American Psycho author said he was “shocked” that most of his companions at a recent dinner would vote for the billionaire — though they “would never admit it publicly.”

To make an impressionon these “on the fencers”, Trump began wooing Hollywood early on, speaking to Friends of Abe (FOA), in July at the lavish Luxe Sunset Blvd. Hotel in the Brentwood area of Los Angeles. At that event, he told THR that his support among celebrities and entertainment workers was stronger than outsiders realize. “I think the liberals in Hollywood support me behind my back,” he quipped.

Trump’s biggest advocate, of course, is Ann Coulter, and she has been working behind the scenes to drum up support for him in Hollywood, including championing his signature issue, illegal immigration, at dinners with Clint Eastwood and a few dozen others in the industry that she won’t name.

“Hollywood should support him for all sorts of reasons, not least of which is the fact that it’s impossible to get around in L.A. with 2 million illegals on the road,” she told THR. “On the other hand, Hollywood liberals may have to start paying their maids more.”

As tough as it is to openly support Trump and still work in liberal Hollywood, many conservatives say he’s safer than Ted Cruz, probably the only other candidate with a chance to win the GOP nomination.

“The liberal majority in Hollywood looks at Trump as a joke, so if you support him, they dismiss you. But if you back Cruz, you’re looked at with great suspicion. As fate has it, I back Cruz,” says writer-producer Lionel Chetwynd, one of the founders of FOA. Indeed, Caitlyn Jenner received a mountain of nasty commentary from liberals who were upset that she praised Cruz.

“When I say ‘Cruz,’ liberal Hollywood hears ‘Himmler,’” says Chetwynd, referencing Adolf Hitler’s former henchman. “I was at a lunch with top executives at a studio. I can’t tell you their names,” Chetwynd says. “When I said I supported Cruz, one says, ‘See. I told you so!’ Then they all chuckled. They were so thrilled to meet a real Nazi!”

In the end, Trump may get the last laugh.