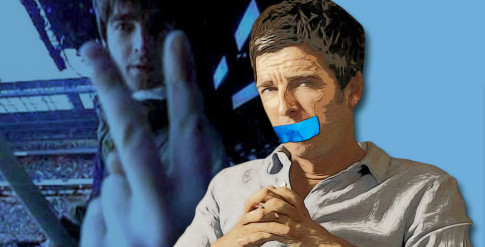 United Kingdom — A local council has become the subject of ridicule after introducing a ban on swearing in an upmarket docklands development. Those caught breaching the new rules and turning the air blue at Manchester’s The Quays will be issued an instant, on-the-spot fine of £90 under a Public Space Protection Order (PSPO) — brought in by Salford City Council — after complaints of anti-social behaviour in the area. In another example of the gentrification of Britain run wild, the council has declared that it will be a criminal offence to use “foul or abusive language”in the trendy area.

Other prohibited acts covered by the PSPO include “the throwing of any object at anyone without their consent” and “urinating or defecating in any street or public space.” According to the Manchester Evening News, the council have hit back at critics, claiming that they are only attempting to help residents whose lives are being made a misery.

While most Mancunians never thought they would see the day when Salford was described as “a well-heeled area,” others are seeking clarification on whether shit, bloody, feck, or bastard count as modern swear words. The new regulations may also prove a particular challenge to the thousands of Man United fans who use The Quays as a walking route to and from the ground at Old Trafford.

Civil rights group, Liberty, has slammed the shameful swearing ban they claim could have a chilling effect on freedom of expression. They have demanded clarification from Salford Council. Meanwhile, Bez, the legendary maraca-shaker for nineties indie band, Happy Monday’s, weighed in on the debate. Calling the new law an erosion of freedom and an example of corporate rule and dictatorships, the frontman dancer told Mancunian Matters:

“They’re taking a ‘higher than thou status’ when the likes of the BBC protected (Jimmy) Savile and other paedophiles for so many years — who are they to tell us what is and isn’t appropriate behaviour?”

“Considering Labour is supposed be the workers party and considering where the Quays are located right in the heart of the working class area then come on, what is happening to society today where we are now taking away the choice of when we can swear?”

As usual, Twitter users had a lot to say.

WTF? Swearing ban at Salford F’ing Quays! https://t.co/dWWqMGbquT Does it include blasphemy, or only anglo-saxon bodily functions?

After this swearing ban announcement, I wish @SalfordCouncil would worry more about the increase in muggings and violent crime in Salford! — Luke Dudley (@LukeDudley1) March 6, 2016

Ruffian
“This is such a shit Idea.”
PC Plod
“That’ll be a tenner you cheeky little rotter.”https://t.co/ZyJak0oWmB