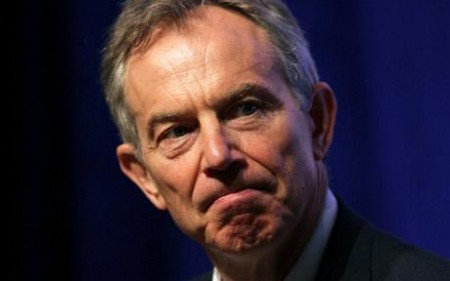 Tony Blair presided over a silent conspiracy to change the face of Britain for ever with mass immigration, an explosive book reveals.

He ordered his Labour government never to discuss in public the supposed ‘advantages’ of the unprecedented influx.

But behind the scenes ministers were instructed to wave tens of thousands of asylum seekers into the UK under cover of their being ‘economic migrants’. Astonishingly, the minister Mr Blair put in charge of borders ruled against deporting failed claimants because it would be too ‘emotional’.

The main aim of allowing in millions of people was to make the country ‘see the benefit of a multicultural society’. The Blair government did not see its job as being to ‘control immigration’. The policy is revealed today in a Daily Mail serialisation of an authoritative biography of the former prime minister by Tom Bower, an internationally-acclaimed investigative journalist.

Over coming days, we will also reveal:

Based on interviews with more than 200 senior civil servants, ex-ministers and other insiders, the book shows Mr Blair did not want the public to know his true plans on immigration. He is said to have told ministers and officials: ‘Don’t mention the advantages of immigration in public because they won’t even want that.’

The rules on allowing in foreign spouses and students were dramatically relaxed.

And, when huge numbers of asylum seekers began flocking to the UK, Mr Blair and his team cynically repackaged them as economic migrants to avoid public disquiet. The book says 350,000 asylum seekers benefited this way. In 2002 alone, Mr Blair gave the go-ahead for 150,000 work permits. Most of the recipients, including the unskilled, went on to become UK citizens.

The most incredible revelations concern Barbara Roche, a little-known MP who was immigration minister between 1999 and 2001. During this period, she quietly adopted policies – with Mr Blair’s approval – that changed the face of the UK.

Upon her appointment, she told a senior immigration official: ‘Asylum seekers should be allowed to stay in Britain. Removal takes too long and it’s emotional.’

She changed the rules to allow more work permits to be issued, especially to people who would previously have been considered asylum seekers. Stephen Boys Smith, who was then head of the Home Office’s immigration directorate, said: ‘It was clear that Roche wanted more immigrants to come to Britain. She didn’t see her job as controlling entry into Britain, but by looking at the wider picture in a “holistic way” she wanted us to see the benefit of a multicultural society.’

The revelations follow previous suggestions that Britain’s borders had been thrown open for ideological reasons. Former Labour speech writer Andrew Neather said the aim was to ‘rub the right’s nose in diversity and render their arguments out of date’.

Bower says that during the New Labour years, two million more immigrants settled than the government was expecting.

Utterly amoral PM who betrayed Britain on immigration: How Blair led a conspiracy that let in MILLIONS of migrants by breaking the rules – and deceiving the public

For this book, I interviewed dozens of junior and senior officials, Permanent Secretaries and all the Cabinet Secretaries from the Blair years as well as successive junior ministers and Cabinet ministers. In total, I spoke to 200 people.

Even the three most important public servants in his administration — Robin Butler, Richard Wilson and Andrew Turnbull — concluded that Blair was never a suitable guardian of the public’s trust. Richard Wilson echoed the others. ‘There are events during my period as Cabinet Secretary that make me shudder at what I remember because we had high hopes and we were so disappointed,’ he said. ‘He promised so much — but, in the end, so little was achieved.’

Jack Straw, Tony Blair’s first Home Secretary, was worried. ‘Isn’t immigration the sort of issue which can blow up in our face?’ he asked the Prime Minister.

All through his three terms of office, the PM never changed his mind. By the time he stepped down, over two million more migrants than the government expected had settled in Britain — but he dismissed any concerns by claiming they were good for the economy.

Anyone against free-flowing immigration was assumed to be a racist Tory, a view underpinned by the BBC’s reluctance to debate the issue and endorsed by Labour’s promotion of multiculturalism.

But what were the consequences? No one knew for sure, because at the outset, Blair never summoned ministers to discuss many migrants’ apparent preference for living in segregated communities. His silence, however, encouraged Muslims and Hindus to believe there was no need for them to integrate with the rest of society.

As Sarah Spencer, an academic who influenced the government on immigration after 1997, admitted later: ‘There was no policy for integration. We just believed the migrants would integrate.’

Even the 7/7 bombings in London by Islamist terrorists failed to rouse Blair to the danger. Instead of demanding the arrest of two Muslim preachers, who were advocating violence on the streets of London, he followed Jack Straw’s advice, who argued that the Muslim community must not be alienated.

The only immigration issue that ever truly concerned Blair was the increasing flow of bogus asylum seekers, which after 1999 became an election issue. That problem was partially solved by sleight of hand. With his full connivance, more than 350,000 asylum-seekers were rapidly converted into economic migrants — complete with work permits and rights to benefits.

The true story of how Labour not only lost control of immigration but actively encouraged it can only now be told — thanks to detailed testimony from the civil servants and ministers who witnessed and participated in the hithero concealed twists and turns of the government.

At the heart of the problem was Blair’s complete lack of interest — though this would come back to haunt him.

He refused, for instance, to create a Cabinet committee dedicated to immigration or to appoint a specialist adviser until midway in his premiership.