You can’t make this up: Chinese hackers stole $100 million from the Bangladesh Central Bank’s account at the New York Fed and then laundered it through Philippine casinos.

Reports indicate that some of the stolen funds were traced to the Philippines, but given what we know about the “Cyber Axis of Evil,” we can only suspect it was Iranians, Chinese, or the criminal/military mastermind Kim Jong-Un who was behind the scam, but whatever the case, someone, somewhere, hacked into Bangladesh’s central bank on February 5.

According to Reuters, “some of the funds” have been recovered, but the bank didn’t initially say how much or how much was initially stolen. We suppose that theoretically it could have been a rather large sum, as the country has around $26 billion in FX reserves on hand:

But just moments ago we learned from the AFP that the amount lost was around $100 million. “Some of the money was then illegally transferred online to the Philippines and Sri Lanka, a central bank official told AFP on condition of anonymity.”

“The bank reported that the USD 100 million was leaked into the Philippine banking system, sold to a black market foreign exchange broker and then transferred to at least three local casinos,” AFP continues, adding that “the amount was later sold back to the money broker and moved out to overseas accounts within days.”

And here’s the punchline: According to AFP, Chinese hackers have been blamed and the money was stolen from accounts held at the New York Fed… 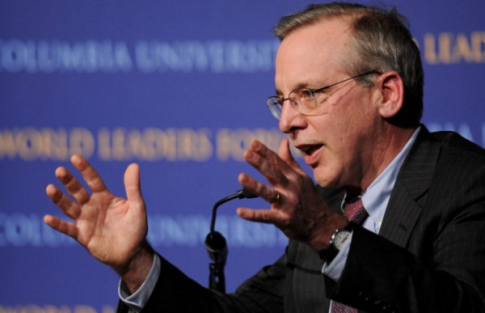 Was Dudley penetrated then, or not? We’ll have to wait on the official investigation.