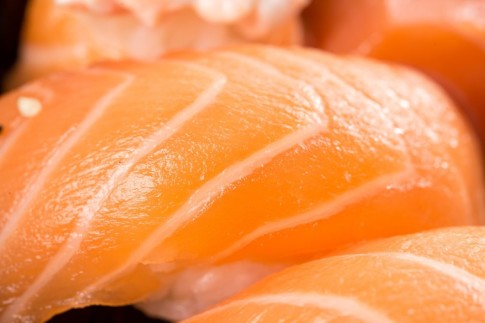 – Salmon Tests Positive for Cocktail of 80 Drugs, Including Cocaine and Prozac:

Pharmaceutical Drugs Taken by Humans Are Found in Fish

In a major waterway in Seattle, Chinook salmon has tested positive to a cocktail of 81 different drugs including cocaine and anti-depressants.

Scientists suspect that the fish are tainted by contaminated water from a nearby sewage plant.

Jim Meador from the National Oceanie and Atmospheric Administration (NOAA) told the Seattle Times that “concentrations in effluent [waste water] were higher than we expected.”

The Puget Sound salmon have been contaminated with dozens of drugs, including Prozac, Advil, Benadryl, Lipitor, and even cocaine.

Drugs taken by humans are finding their way into the water via urine which is not filtered in the treatment process.

Such drugs are causing problems to fish that affect their growth, behavior, reproduction, immune function and antibiotic resistance.

Cases of intersex fish have also been registered, which scientists believe is the result of oestrogen from the birth control pill finding its way into the water.