“You know anybody hiring a 73-year-old mechanic? I’m available.”

After working 33 years, he’s facing a 55% cut to his pension benefits, a blow which he says will “cripple” his family and imperil the livelihood of his two children, one of whom is in the fourth grade and one of whom is just entering high school.

Dorsey attended a town hall meeting in Kansas City on Tuesday where retirees turned out for a discussion on “massive” pension cuts proposed by the Central States Pension Fund, which covers 400,000 participants, and which will almost certainly go broke within the next decade.

“A controversial 2014 law allowed the pension to propose [deep] cuts, many of them by half or more, as a way to perhaps save the fund,” The Kansas City Star wrote earlier this week adding that “two much smaller pensions also have sought similar relief under the law, and still more pensions are significantly underfunded.”

“What’s happening to us is a microcosm of what’s going to happen to the rest of the pensions in the United States,” said Jay Perry, a longtime Teamsters member.

Public sector pension funds are grossly underfunded in places like Chicago and Houston, while private sector funds are struggling to deal with rock bottom interest rates, which put pressure on expected returns and thus drive the present value of funds’ liabilities higher.

Illinois’ pension burden has brought the state to its knees financially speaking and in November, Springfield was forced to miss a $560 million payment to its retirement fund. In the private sector, GM said on Thursday that it will sell 20- and 30-year bonds in order to meet its pension obligations.

“At the end of last year GM’s U.S. hourly pension plan was underfunded by $10.4 billion,” The New York Times writes. “About $61 billion of the obligations were funded for the plan’s roughly 360,000 pensioners.” Maybe it’s time for tax payers to bail themselves out.

Speaking of GM, Kenneth Feinberg – the man who oversaw the distribution of cash compensation to victims who were involved in accidents tied to faulty ignition switches – is now tasked with deciding whether the Central States Pension Fund’s proposal to cut benefits passes legal muster. “Central States’ proposal would allow the retirees to work and still collect their reduced benefits. But some are no longer able to work, and the idea didn’t seem plausible to others,” the Star goes on to note.

To be sure, retirees’ frustrations are justified. That said, the fund is simply running out of money. “We simply can’t stay afloat if we continue to pay out $3.46 in pension benefits for every $1 paid in from contributing employers,” a letter to retirees reads.

The fund is projected to go broke by 2026. Without the proposed cuts, no benefits at all will be paid from that point forward. 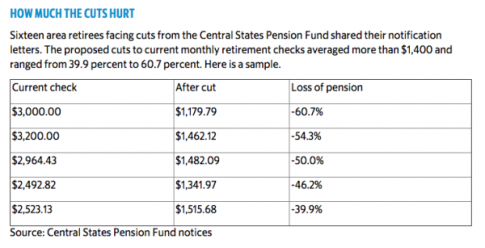 As for what will become of those who depend upon their benefits to survive, the above quoted Gary Meyer summed it up best: “I guess food stamps. Hopefully not. It would be a last resort.” 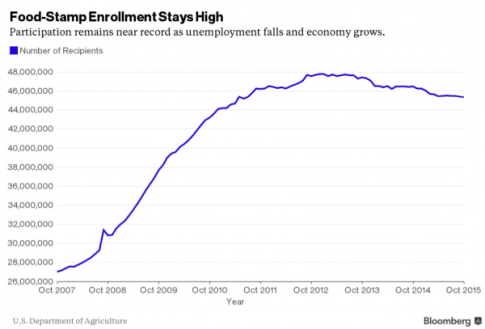