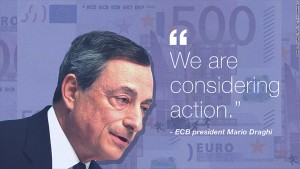 – Cash Wars: The People Strike Back?:

You might remember that a couple of weeks ago we launched an open source investigation into the war on cash. As I noted at the time, the investigation was spurred by an uptick in anti-cash rhetoric over the last few months from the media, from central bankers and from politicians. Since that investigation took place, however, things have gotten even more in-your-face.

Just four days after we started the investigation Bloomberg came out with an op-ed urging the banksters to “Bring On the Cashless Future.”

Four days after that PayPal kicked off their anti-cash, “PayPal is New Money” advertising campaign at the Super Bowl.

And in the latest move the ECB is now officially considering scrapping the 500 euro note, a move that some worry is just the first step toward limiting cash purchases or eliminating it all together.

“There is a pervasive and increasing conviction in the world of public opinion that high denomination banknotes are used for criminal purposes … It’s in this context that we are considering action,” ECB President Mario Draghi told a journalist in response to a question about the European Council’s recent resolution to “consider appropriate measures” regarding the future of the 500 euro note. 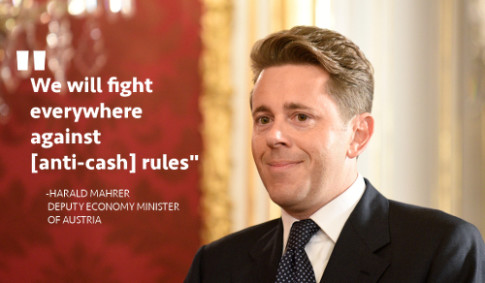 Harald Mahrer is one of the people warning about the move, and he’s not just your average Joe. He’s a Deputy in the Economic Ministry of the Austrian government. “We don’t want someone to be able to track digitally what we buy, eat and drink, what books we read and what movies we watch,” he told Austrian public radio station Oe1 last week. He argues that the ability to use cash should be a constitutional right for Austrians.

Mahrer is just reflecting what an increasing number of people are beginning to realize: that cash transactions are a key to maintaining anonymity. Heck, when even mainstream propaganda outlets like Slate.com are running pieces making the case that “cash is a classic privacy protection” (in direct contradiction to their earlier anti-cash propaganda) you know the would-be Gods of Money still have a way to go to convince the public to part ways with paper.

But more than just privacy protection, the true importance of cash becomes apparent in times of banking crisis. Just witness when Greece started clamping down on cash withdrawals during their banking panic and people began literally stuffing it under the mattress. It is no coincidence that we are moving into a time of global economic uncertainty being frontrun by (what else?) a banking crisis in Europe. 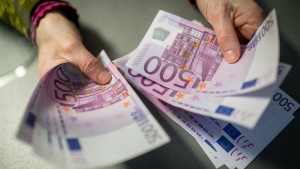 On this front, at least, it seems like Mahrer and the forces of common sense might actually be beating back the banksters. Draghi for his part had to almost immediately back off of his cash demonizing comments. He came out on Monday to clarify that the potential scrapping of the 500 euro bill is only about cracking down on money laundering and has nothing to do with an attempt to limit cash transactions.

Trust him as far as you can throw him, but at the very least his backpedaling shows that the banksters have not yet got public opinion on their side on the war on cash. For the time being, anyway…