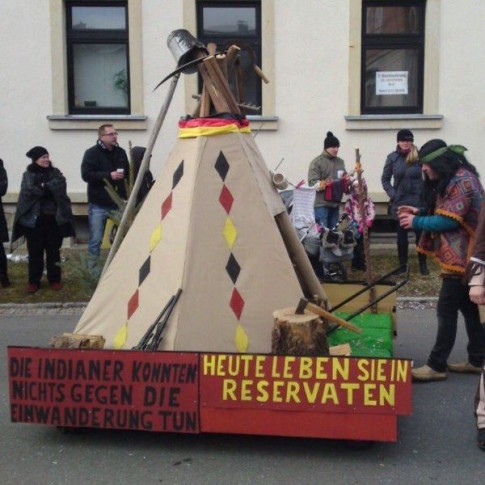 A carnival float in the Saxony town of Altenberg has grabbed the attention of many German newspapers after it depicted a native American tipi. Written on a board below the wigwam and followed by the carnival crew dressed as native Americans, was the legend: “The Indians did nothing to prevent immigration and today they live in reservations”.

A second picture from the same parade showed a man dressed in the rags of a homeless man carrying a sign reading “if only I was a migrant”, reports N-TV