“Not good, this engineered internal conflict.”

The question is how many did they miss?

– ISIS Spreads To Afghanistan, Libya and Ukraine … and soon to the whole of Europe?

Prepare for civil war in Europe. 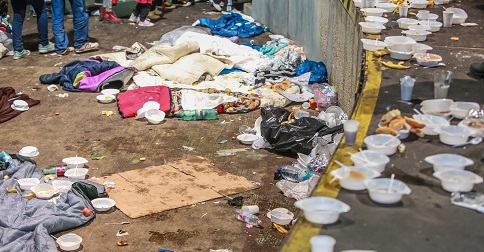 The unchecked illegal immigration and flood of refugees into Europe is devastating the continent; and the evidence can be seen almost everywhere… except the mainstream media.

The small Austrian neighborhood of Nickelsdorf has been overwhelmed by the recent wave of “refugees,” with a wake of trash, feces, and destruction being left behind as immigrants take over portions of the town, according to the German language news site, Unzen Suriert.

Whoever watches the uncontrolled masses and their behavior, can see very clearly that Austria has long lost its sovereignty over its borders. Neither a few ramshackle patrols nor the few remaining police have any effect here – especially not when there is a clear and blatant lack of political will and operative commands. 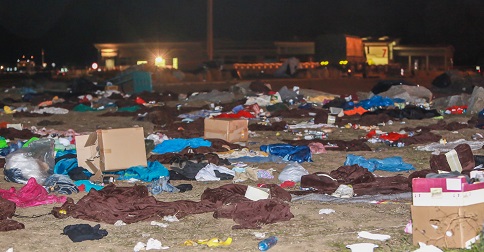 Thanks to Europe’s lack of political will, the small Austrian town of 1,600 people has reportedly been virtually decimated by the garbage and feces left by refuge-seeking illegal immigrants.

There also was an unusually massive burden and exposure of fecal matter, because these guests from foreign countries “went potty everywhere”. The supplied porta-potties were left “completely filthy” and unusable.

Again and again, reports surface of the disease Amoebic Dysentery. The catholic church in Nickelsdorf supplied an empty building for the refugees which, after an incredibly short time, had to be cleared out again and disinfected after a public health officers’ visit. 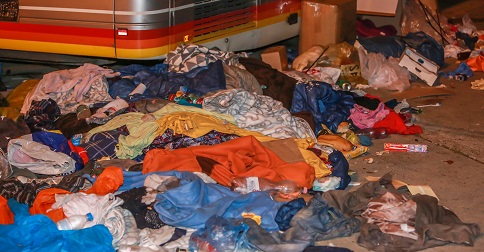 To the onlooker, the population in the border town appears accordingly resigned. Especially women haven’t dared in months to go out alone on their bicycles or even by foot.

One unsettled female voluntary helper tells that “we were continuously berated as Christian whores.” 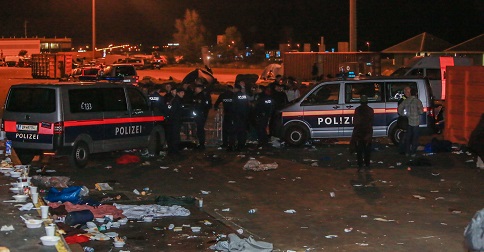 And while the failure – not to mention the danger and damage – of open border policies is sprawling before Europe in plain sight, politically correct media outlets and liberal politicians have apparently refused to even acknowledge the issue.

Many people in Nickelsdorf feel completely let down by their government. “It’s like at the end of the war, back when the Wehrmacht surrendered the area east of Bruck on the Leitha to the Red Army and we were left completely defenseless at the mercy of the marauding Russians”, one man remembers the stories his grandparents told him.

“Why don’t we hear and see anything in the media, why are we not being informed about what’s going on here?” is a question that locals ask themselves repeatedly.

Of course, the answer seems pretty obvious: Nickelsdorf’s safety and security isn’t nearly as important to the liberal media and progressive politicians in Europe as “political correctness.”