He doesn’t have to fool anyone.

TPTB are the ones behind the migrant crisis.

German police NOT going along with the plan (supported by Merkel) have found containers with weapons.

State of emergency has been declared in some states and supermarkets only open if protected by police forces.

Police forces are totally overstretched and can’t cope with the situation.

And many of those mainly young male migrants have the newest iPhones!

Their crimes, incl. rape, are not reported in the German media. 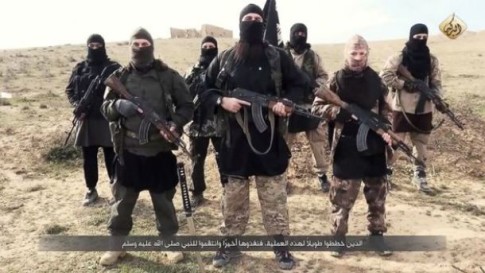 FREE EU ENTRY: Turkish passport holders from ISIS will now be free to enter the whole of Europe.

It doesn’t get any more backward than this. Potentially, this is the dumbest move yet by bureaucrats in Brussels.

Turkey is set to pick up a few big sweeteners from Brussels if ‘tries’ to stop refugee flow into Europe – even though it’s nearly impossible for Ankara to actually come good on its lofty promise to ‘contain’ the large refugee flow through Turkey into the European promise land.

It’s true that Turkey has accommodated roughly 2 million Syrian refugees, and is said to have spent over nearly $8 billion on the crisis thus far.

What they are not telling us however, is that Turkey has been the primary facilitator of the Syrian conflict, mainly by hosting terrorist and ‘rebel’ training and equipping for tens of thousands of fighters since 2011, as well as providing a continuous safe haven for terrorist fighters – freely coming and going over its southern border with Syria.

The public got a shocking glimpse of the casual relationship between Turkish authorities and ISIS last year after video surfaced showing Islamic State militants having a friendly chat with a group of Turkish border guards near the besieged Syrian city of Kobane. The fact that Turkey is a NATO member makes this crime all the more egregious.

In short, Turkey is a “bad actor” in the Syria story. Now they are being rewarded with what essential has most of the features of a ‘fast-track’ provisional membership into the EU. Cries from European leaders like David Cameron to halt the flow of immigrants and to ‘not risk the security of Europe’ are sounding more hollow than ever right now. 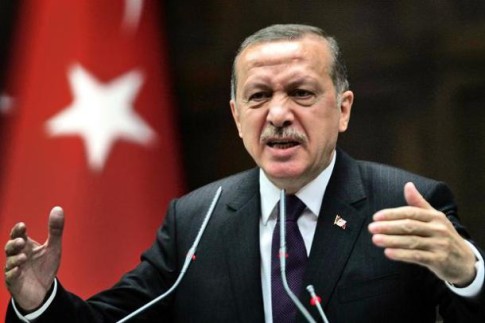 The terms of this latest deal are almost unbelievable. Incredibly, EU official seem to be completely ignorant of the fact that most of the new ISIS recruits are now coming from Turkey. This completely insane new proposal from Europe effectively gives legal access into the entire EU for any Syria or Turkey-based ISIS and al Nusra Front terrorists who either have, or can acquire a Turkish passport.

With Russian airstrike now crushing ISIS infrastructure in Syria, fleeing terrorist fighters are looking for an easy escape over Syria’s northern border into Turkey – and now, thanks to this deal from Brussels – they are one step closer to the streets of Europe.

Brussels appears clueless to the reality of what is happening on the ground in Turkey. This might be the stupidest move that the EU has ever made in its history.

Perhaps this is exactly what Brussels wants in order to erect the next phase of its technocratic security state?

Another stitch-up from the boys in Brussels..?

The EU and Turkey have agreed on an “action plan” that might give Ankara up to €3 billion ($3.4bn) in aid, visa privileges and new talks on Turkey-EU membership in return for its help in stemming the flow of refugees to Europe.
The EU summit in Brussels stretched into the early hours of Thursday, and seems to have achieved some results. While no final deal has been inked, EU leaders and Ankara have managed to agree an “action plan”, European Council President Donald Tusk told reporters.

“Our intensified meetings with Turkish leaders … in the last couple of weeks were devoted to one goal: stemming the migratory flows that go via Turkey to the EU. The action plan is a major step in this direction,” said Tusk.

Yet he expressed “cautious optimism,” that the plan would succeed, but has welcomed the agreement of an EU-Turkey joint action plan to tackle the current migratory crisis.

In the summit’s spotlight was the ambitious deal, previously drafted between Turkish President Recep Tayyip Erdogan and the European Commission President Jean-Claude Juncker.

The deal’s terms included three billion euros ($3.4 billlion) in aid, the easing of visa restrictions for EU travel for Turkish nationals, and resurrecting negotiations for EU membership. Turkey also wanted to be included on the list of “safe countries” for asylum.

In return, Turkey promised to strengthen its border controls, greater co-operation with Greece, being another first destination for refugees fleeing war, instability and poverty in the Middle East.

In exchange for visa-free access for its citizens, Ankara would agree for the previously drafted readmission deal, meaning that Turkey would take back those asylum seekers, who entered the EU from its territory.

“We will not sign the readmission agreement before steps are taken on the Schengen visa and thus a visa liberalization is secured for Turkish citizens,” Prime Minister Ahmet Davutoglu said in an interview before the summit. According to Davutoglu, Turkey would like the deal by the first half of 2016.

While Turkey wants EU to show good will addressing the free-visa travel, European leaders want proof that Turkey will live up to its pledges, as part of the deal would see Turkey increase its crack down on people-smugglers.

“We need guarantees that Turkey’s response to our offer will be as concrete and as substantive as ours,” European Council President Donald Tusk said…