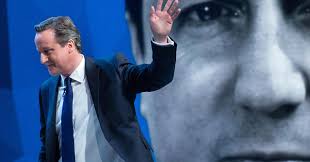 – The Loss of All Liberty Is Coming Faster Than You Imagined:

UK Prime Minister David Cameron reflects the serious problem we have with politicians. Politicians have zero respect for our human rights for they only think about how they are going to raid our wealth to pay for their families and retirements at our expense. Cameron actually asked, “In our country, do we want to allow a means of communication we [the government] cannot read? My answer to that question is: ‘No, we must not’.”

These people are highly dangerous. They only see government as the solution and do not grasp that we have rights. Government wants to eliminate all encryption because they are hunting money. You have a 1000 times greater chance of dying in a car crash than by a terrorist. They use terrorism as the great excuse to collect everything we do.

How did the world function before the internet? Did they intercept every letter in the mail or record every phone call? Why is it that with the internet these people feel they have a right to listen and read everything we communicate? This is EXACTLY the same paranoia displayed by Stalin. Human rights do not simply vanish because we have entered the internet age. We still have rights that governments need to respect, but refuse because they are always desperately in need of more taxes to pay their bankers.

The OECD has stated, “Co-operation between tax administrations is critical in the fight against tax evasion and a key aspect of that co-operation is exchange of information.” It’s all about money any nothing else.

In 2010, the U.S. enacted legislation known as FATCA (Foreign Account Tax Compliance Act), which is destroying the world economy and lowering economic growth globally. Effectively, FATCA requires foreign financial institutions around the globe to report account details of their U.S. customers to the U.S. tax administration. However, this requires foreign institutions to file that they do not have any American clients. The legal and cost issues of this approach imposed by the USA are being adopted by five other countries including France, Germany, Italy, Spain, and the United Kingdom. FATCA has become a model for the intergovernmental cooperation in hunting taxes. The postwar economy was built on the free flow of capital. Americans cannot open accounts overseas because the penalties are far too stiff for failure to report any American to the U.S. authorities. They will be giving up everyone to their respective countries, which will be implemented in 2017.

We are heading into the direction of a total loss of all rights simply because of taxes.