Amid numerous rumors that Deutsche Bank is among the corporations exposed to the VW fiasco, and to be clear there is no news to confirm that, DB has just kitchen-sinked it in a pre-announcement:

Deutsche Bank stock is trading down around 6% after-hours. 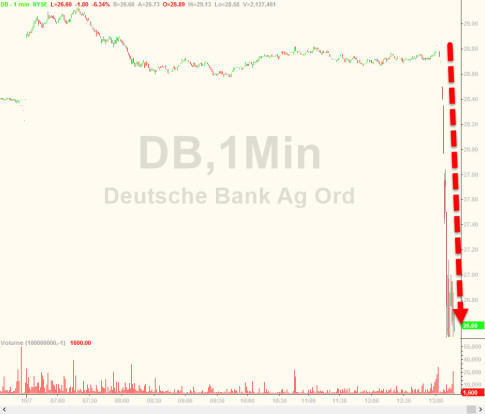 An impairment of all goodwill and certain intangibles in Corporate Banking & Securities (CB&S) and Private & Business Clients (PBC) of approximately EUR 5.8 billion. This is largely driven by the impact of expected higher regulatory capital requirements on the measurement of the value of these segments as well as current expectations regarding the disposal of Postbank.

An impairment of the carrying value of Deutsche Bank’s 19.99% stake in Hua Xia Bank Co. Ltd. of approximately EUR 0.6 billion. This reflects an updated valuation triggered by a change of the intent of the holding as Deutsche Bank no longer considers this stake to be strategic.

The impairment of goodwill and intangibles and of the Hua Xia investment will have no significant impact on Deutsche Bank’s regulatory capital ratios. Deutsche Bank currently expects to report a fully-loaded CRR/CRD4 Common Equity Tier 1 ratio for the third quarter of approximately 11%, which includes the impact of European Banking Authority Regulatory Technical Standards (\”Prudential Valuation\”) that were adopted in the quarter.

As part of the planning for the implementation of Strategy 2020, the Management Board will recommend a reduction or possible elimination of the Deutsche Bank common share dividend for the fiscal year of 2015.

All the aforementioned amounts are estimates. The final amounts will be determined in the coming weeks and will be disclosed in our announcement of  third quarter results, together with details of the implementation of  Strategy 2020, which is now scheduled to occur on October 29.

Is this the first crack (or the kitchen-sink’d last one?) As we asked previously, Is Deutsche Bank the next Lehman?

Looking back at the Lehman Brothers collapse of 2008, it’s amazing how quickly it all happened.  In hindsight there were a few early-warning signs,  but the true scale of the disaster publicly unfolded only in the final moments before it became apparent that Lehman was doomed. 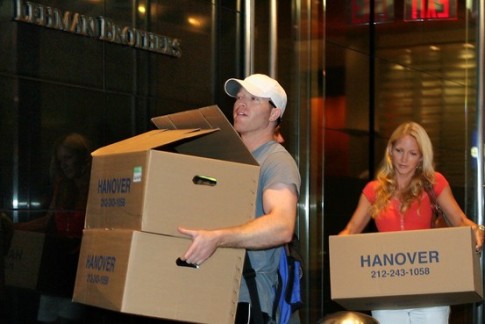 There were few early indicators of Lehman’s plight.   Insiders however, were well aware:   In late 2007, Goldman Sachs placed a massive proprietary bet against Lehman which would be known internally as the “Big Short”.  (It’s a bet that would later profit from during the crisis).

In the summer 2007 subprime loans were beginning to perform poorly in the marketplace.  By August of 2007, the commercial paper market saw liquidity evaporating quickly and funding for all types of asset-backed security was drying up.

But still — even in late 2007,  there was little public indication that Lehman was circling the drain.

Probably the first public indication that things were heading downhill for Lehman wasn’t until June 9th, 2008,  when Fitch Ratings cut Lehman’s rating to AA-minus, outlook negative. (ironically, 7 years to the day before S&P would cut DB)

The “negative outlook” indicates that another further downgrade is likely.   In this particular case, it was the understatement of all time.

A mere 3 months later, in the course of just one week,  Lehman would announce a major loss and file for bankruptcy. 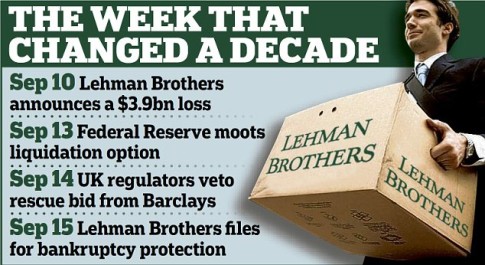 And the rest is history.

Could this happen to Deutsche Bank?

First, we must state the obvious:  If Deutsche Bank is the next Lehman, we will not know until events are moving at an uncontrollable and accelerating speed.   The nature of all fractional-reserve banks — who are by definition bankrupt at all times – is to project an aura of stability until that illusion has already begun to implode.

By the time we are aware of a crisis – if one is in the offing — it will already be a roaring blaze by the time it is known publicly.   It is by now well-established that truth is the first casualty of all banking crises.  There will be little in the way of early warnings.   To that end, we begin connecting the dots:

Here’s a re-cap of what’s happened at Deutsche Bank over the past 15 months:

And that’s where we are now.  How bad is it?  We don’t know because we won’t be permitted to know.  But these are not the moves of a healthy company. 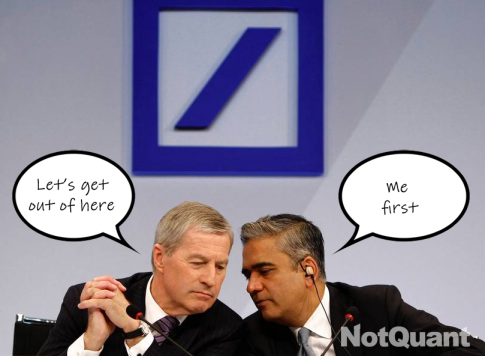 How exposed is Deutsche Bank?

The trouble for Deutsche Bank is that it’s conventional retail banking operations are not a significant profit center.  To maintain margins, Deutsche Bank has been forced into riskier asset classes than it’s peers.

Deutsche Bank is sitting on more than $75 Trillion in derivatives bets — an amount that is twenty times greater than German GDP.    Their derivatives exposure dwarfs even JP Morgan’s exposure – by a staggering $5 trillion.

With that kind of exposure, relatively small moves can precipitate catastrophic losses.   Again, we must note that Greece just missed it’s payment to the IMF – and further defaults are most certainly not beyond the realm of possibility. 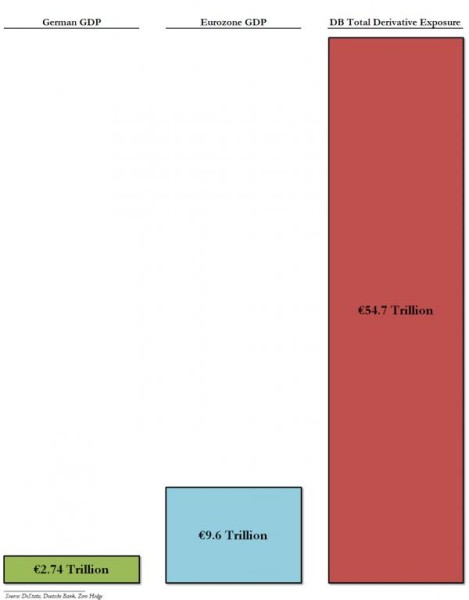 And if the dominos were not adequately stacked already, there is one final domino which perfects the setup.

He was also head of fixed income at Lehman. 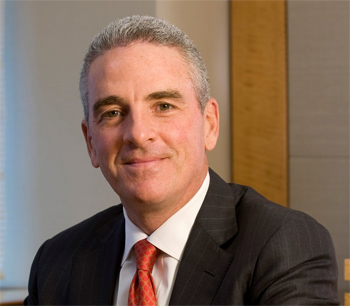 History never repeats.   But it does rhyme.    In market terms, it tends to rhyme just about every 7 years.

For more read the Zero Hedge piece from April 2014: The Elephant In The Room: Deutsche Bank’s $75 Trillion In Derivatives Is 20 Times Greater Than German GDP