A day after we ran “Meet Your “Independent” Media, America“, in which we showed how prime time entertainment like 60 Minutes is strategically and voluntarily “planted” with propaganda trolls and “concerns” thus crushing any “unbiased” credibility mainstream US media may have, we dug into the archives to bring you “Conspiracy Theory Rock.”

This cartoon created by SNL cartoonist Robert Smigel in 1998 ran once in a “TV Funhouse” segment, and has been since removed from all subsequent airings of the Saturday Night Live episodes. As a reminder, 90% of US media is currently controlled by 6 corporations: General Electric, News Corp., Disney, Viacom, Time Warner and CBS… 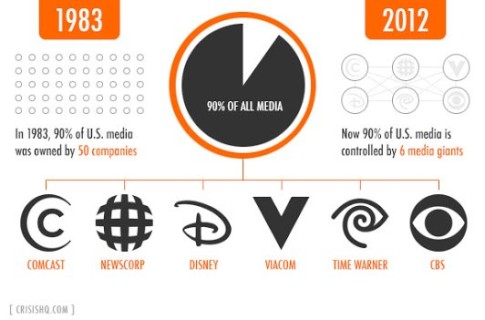 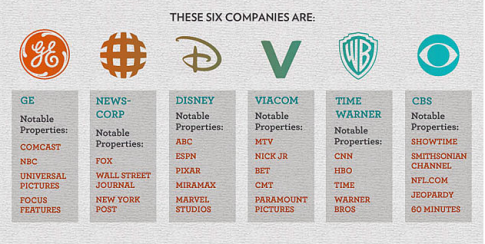 Michaels claimed the edit was done because it “wasn’t funny.”

Well, it’s funny now because for once the propaganda facade of the mainstream media cracked from within, and the result was this critique of corporate media ownership, including then NBC’s ownership by General Electric/Westinghouse, and how only the stuff the owners deem appropriate is distributed for general consumption.

We doubt the current parent of NBC (and CNBC), Comcast, would play it either.