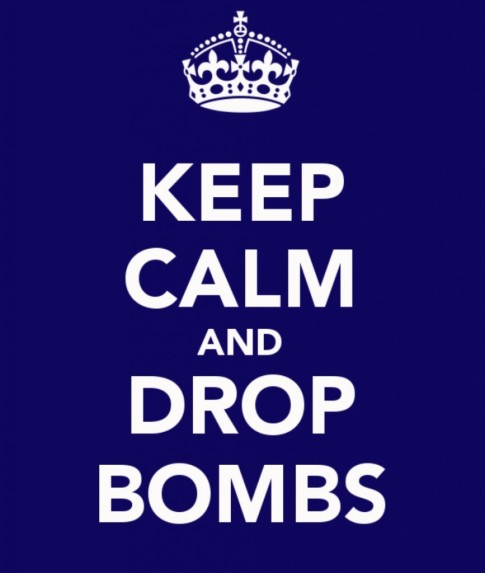 Not that they ever were, but they’ve finally decided to be honest about it. Which to be honest, is pretty scary.

Human rights are no longer a “top priority” for the Government, Britain’s most senior Foreign Office official has admitted, as ministers put resources into supporting trade deals ahead of tackling injustice in other parts of the world. In a remarkably frank admission to MPs, Sir Simon McDonald, Permanent Secretary at the Foreign Office, said that human rights no longer had the “profile” within his department that they had “in the past”.

Yes, you read that right. Trade deals. You know like…

And he added that the Conservatives’ “prosperity agenda” was now “further up the list” of areas on which the department was concentrating its dwindling resources.

Last night human rights charities said Sir Simon’s comments were as “astonishing as they were alarming” and described the change in focus as “deeply regrettable”.

Sir Simon made his remarks to Mr Blunt’s committee when he was questioned about how his department was prioritising resources. Asked whether human rights were now one of its “lower-priority activities”, Sir Simon replied: “Well, answering as Permanent Secretary, I say that although it is one of the things we follow, it is not one of our top priorities.” He added: “In a more constrained environment, the need to concentrate on Europe, Eastern Europe and Russia, and the Middle East has supplanted it to an extent.”

So starting World War 3 is now the priority. Go it.

While Sir Simon said human rights was part of that work, he also admitted it was secondary also to the need to promote British companies abroad.

Sir Simon was speaking shortly before George Osborne embarked upon a week-long trade mission to China where he was criticised for failing to publicly raise human rights abuses with his hosts.

Mr Blunt added: “If we are beginning to see human rights work formally come second fiddle to a commercial strategy, it fits pretty oddly when we are still speaking the language of a great power such as getting stuck into conflicts such as Syria.”

“The UK plays a leading role in the Human Rights Council, calling recently for resolutions on Syria and Sri Lanka and we are committed to using our global network to promote and protect universal human rights across the world,” the spokeswoman added.

A leading role, right. Like what, cutting a secret deal to ensure the Saudis ended up on the UN’s human rights panel?

Of course, none of this is surprising. Like its partner across the pond, the UK has been morphing into an Orwellian, police state gulag for quite some time. Need proof? Here you go: