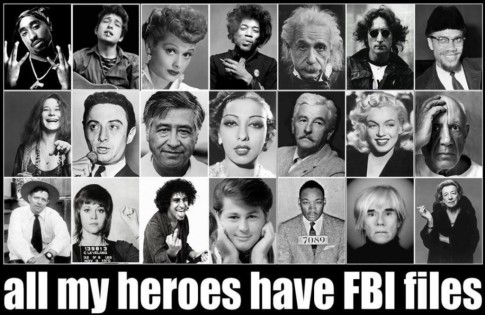 The following story reported by the Financial Times, is one of the most disturbing I’ve seen in a very long time. Here’s an excerpt from the article, titled: FBI Scouts for Younger Class of Cyber Sleuths

The Federal Bureau of Investigation is looking to enlist teenagers in its fight against cyber crime before they are lured into high-paying private sector jobs or fail background checks by smoking marijuana.

A first of its kind pilot program to be launched next autumn by the FBI will offer computer security classes to select high school students near Pittsburgh, Pennsylvania, for university credit.

Personally, I see this as the statist equivalent of pedophilia. There’s so much about adults preying on young kids for sex that offends us, but at its core is the question of an unbalanced power relationship. We all know that teenagers are confused, impressionable and easily manipulated. What is so offensive about sexual predators is they are taking advantage of this vulnerable emotional state to gratify themselves. It’s almost always an unfair dynamic.

So if that’s the case, why should the FBI be allowed to target young kids when they are most impressionable, and in a captive environment like public school? How do you think the typical high IQ 15-year-old is going to react when an FBI agent singles him or her out as smart enough to enroll in a special “cyber” class. The kid’s ego is going to be launched into the stratosphere and he or she will feel special, perhaps even honored, to attend such a class. The FBI knows this, which is exactly why it is now targeting teenagers. I, wonder, is parental permission required? Either way, this should be against the law.

Not that I need to remind you, but the FBI has a horrific history. For starters, it was on the wrong side of history during the civil rights struggle a generation ago. In case you forgot about the letter it wrote to Martin Luther King telling to him to commit suicide, here it is:

In that post, I posed a question worth revisiting today.

Now ask yourself a question. Is the FBI any more ethical today than it was back then? I would argue certainly not. After all, it had a file on on tech prodigy Aaron Swartz, who was driven to suicide by the feds. Now imagine what the FBI could do to political dissidents in a world in which they have a backdoor into all your electronic devices, which is precisely what it wants.

If that’s enough for you, here are a few more modern FBI-related headlines:

FBI Documents Show Plot to Kill Occupy Leaders If “Deemed Necessary” – Yet Details Are Kept From the Public…Why?

And yes, I could go on; but let’s get back to the article at hand. As if it wasn’t already bad enough, the FT also notes that:

The FBI is not funding the programme and Norwin school officials say it will not cost them additional money as they will pare from the current curriculum to make room for the new class offerings.

Yes you read that right. The schools will take money from science and math classes and divert it into a statist, government pedophilia program. If I had a child in a school with such a program, I’d pull that kid out immediately. Absolutely revolting.