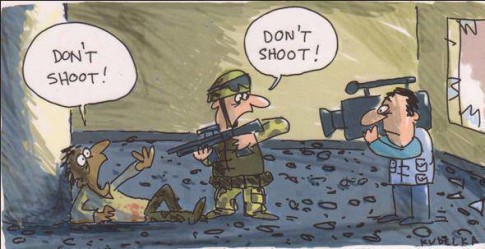 A Palestinian eyewitness to the shooting of an 18-year-old female at an Israeli checkpoint in the West Bank said the teen was not attempting to stab soldiers.

Abu Aisha said the teen did not speak to the Israeli soldiers or resist in any way during the six minutes of the incident. He asked the soldiers to let him explain to her what they were saying but they refused and told him to leave the area, according to Maan.

Photos released later by Youth Against Settlements appear to show the girl without a knife and far from the soldiers before they opened fire.

The army had reported Tuesday that the woman attempted to stab soldiers at the checkpoint and was then shot and subdued.